Live-action adaptations of video games have been around since Super Mario Bros. debuted in theaters in 1993. Since the film’s release, properties including Mortal Kombat, Resident Evil, Sonic the Hedgehog and Doom have found their way to theaters. While live-action adaptations of video games are not uncommon, some games are better suited to the live-action format than others. Mortal Kombat and Doom, for example, both have stories but are not as deep, allowing writers to expand these universes through television and movies. The Witcher, on the other hand, functions as a television program because it is based on Andrzej Sapkowski’s book series, and has a great wealth of existing lore to work with.

Prior to the publication of the first Witcher book, The Last Wish in 1993, Sapkowski created the property in the mid-1980s by writing various short stories. However, newer game series such as God of War, Horizon and Ghost of Tsushima are so good at using modern technology to tell big stories that their upcoming live-action adaptations feel unnecessary. Of course, they will help these qualities reach a wider audience, but making live-action adaptations of games that are already cinematic masterpieces is a double-edged sword. Especially when sites like YouTube and Twitch exist.

If someone does not play video games or does not want to spend hours sorting through extensive dialog trees in Horizon, for example, they have some options. They can watch a friend or loved one play one of these games in person, or they can go on Twitch or YouTube where different creators have put all the clips together into one long epic movie for free. When it comes to games from the original Xbox and PlayStation 2 era (the beginning of truly cinematic games) to the present, there is only so much lore you can use when customizing story-driven games. If you try to make your own lore, you risk not only alienating fans of the property, but also breaking the cannon and damaging the characters. I love God of War, but the series’ last installment was such a cinematic triumph that it’s hard to see what a live-action adaptation can really add to it.

Kratos ‘story has existed since 2005, and the upcoming God of War: Ragnarok will end his and his son Atreus’ adventures through Norse mythology. What remains after that for Kratos and his relatives to explore? What made the series popular is its immersive gameplay and brutal deaths. Why watch a character kill a mighty god when you can be the character who kills the mighty god?

Ghost of Tsushima told a wonderful, powerful and emotional story about a family during the first Mongol invasion of Japan. It’s one of my favorite games of all time. It seems that the live-action movie (recently announced by Sony) will only retell the same story. Now, if Sony wanted to make an animated anthology series like Disney’s Star Wars: Visions or the excellent League of Legends spin-off Arcane, I would be all for it, because an anthology would ensure that the stories of future games in the series would not be touched.

As we see with Marvel’s film universe, when you tie a bunch of things together, it can make the storytelling muddy, especially for those of us who have not seen these films from the beginning. I’m not against adaptations of all video games, only those from the last 20 years whose stories are so deep that they act as their own movies. I’m totally for Sony’s Gran Turismo live-action show, for example, because it’s a series without history; it’s just a racing simulator with a narrative blank canvas.

If Microsoft wants to put Killer Instinct on Peacock or in theaters, it works too. But immediately adapting stories from current and past generation games to live-action forms of entertainment feels redundant. We do not need a Metal Gear Solid show or a movie.

There are other ways for Sony, Microsoft and Nintendo to expand their audience: Make their games across platforms. Now, I’m not saying that Sony should put Ghost of Tsushima or God of War on Xbox, or Microsoft to port Halo to PlayStation, but the PC will quickly become a comfortable middle ground for rival companies when they bring their once exclusive games to it. Sony is bringing Marvel’s Spider-Man, Spider-Man: Miles Morales and The Last of Us Part 1 to PC, while in some good years Microsoft has now released its previous Xbox exclusives on PC (and why not, given that Windows is a Microsoft platforms?).

Sure you can make a live-action adaptation of a story-driven game, but there are a bunch of high production barriers to remove. As we all saw with Game of Thrones, it can be a tough road when you have not booked. It’s one thing to do a Gran Turismo or Twisted Metal adaptation, and even a 2D animated Tomba show can work, but the likes of Mass Effect, God of War and Borderlands – which are all customized – just do not need it. .

What is the number 1 highest grossing movie of all time?

What is the most lucrative movie of all time, which movie has made the most money ever?)? “Avatar” took back the crown last year as the biggest film in the world, topping Marvel’s “Avengers: Endgame”, over a decade after it was released. The 2009 James Cameron-directed sci-fi film earned an additional $ 57.5 million when it was re-released in China in March 2021.

What is the #1 grossing movie of all time and how much did it make?

Gone with the Wind – first released in 1939 – is generally considered to be the most successful film, with Guinness World Records in 2014 estimating its adjusted global gross to $ 3.4 billion.

Examples of films include movies, TV series, video games, animations and similar types of works. See the article : The Hidden Sci-Fi Gem on Main Video That You Must Watch.

How are video games filmed? Although video games are not technically filmed, some game developers still use cinematography techniques and principles to make them look more realistic to enhance the gaming experience. Some of the principles and techniques that video games have used include lens curvature, chromatic aberration and bokeh.

What are the types of motion pictures?

There are three main categories of cinema films: camera, medium and laboratory films and printed films. All are available as color or black and white films. On the same subject : When’s The One That Got Away Coming to Prime Video?. Negative and reversing camera films are used in film cameras to capture the original image.

It’s more immersive Since many games can run for over 20 hours, you’ll have plenty of time to experience the story. This may interest you : 10 memes that best sum up WWE 2K video games | The outburst on the screen. In some games, you can even tell your own story by making important decisions or by developing a certain type of character. 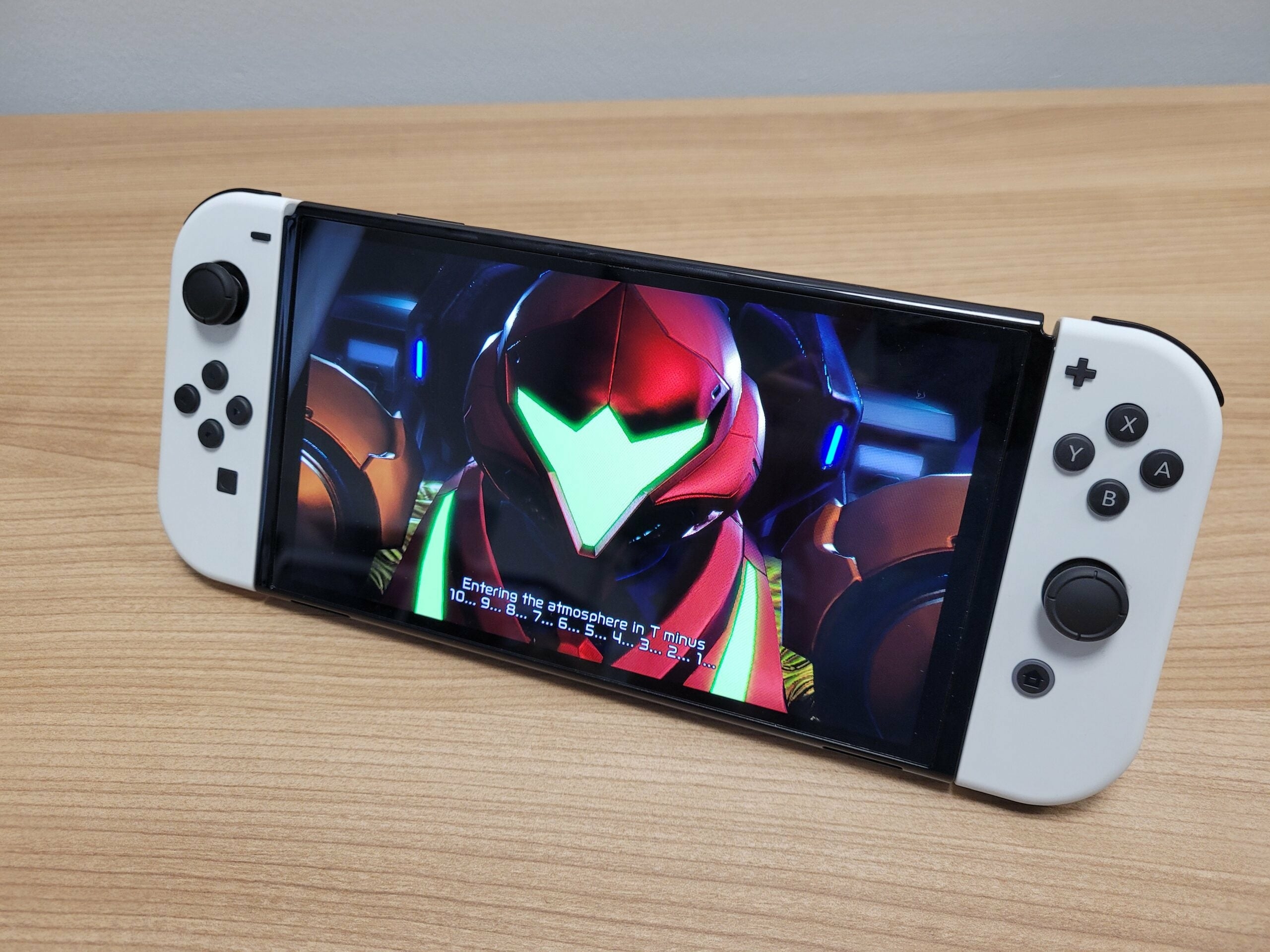 See the article :
10 Arcade Video Games That Didn’t Last The Console Era
There was a time when arcades ruled the gaming industry. However, When…

Is Shadow in Sonic 2?

Is Shadow at the end of Sonic 2? He eventually defeats Robotnik by destroying the robot. The film ends with Sonic, Tails and Knuckles playing baseball with Tom and Maddie. The scene after credits, however, introduces us to another sonic character, namely Shadow the Hedgehog. “Sonic the Hedgehog 3” wants him as the antagonist.

Will there be a Sonic 3?

Although Sonic the Hedgehog 3 has been confirmed by Paramount and Sega, we do not yet have an official release date for the third movie. The first film was released in February 2020 and the sequel came a little over two years later in April 2022.

Is there a Shadow sonic movie? 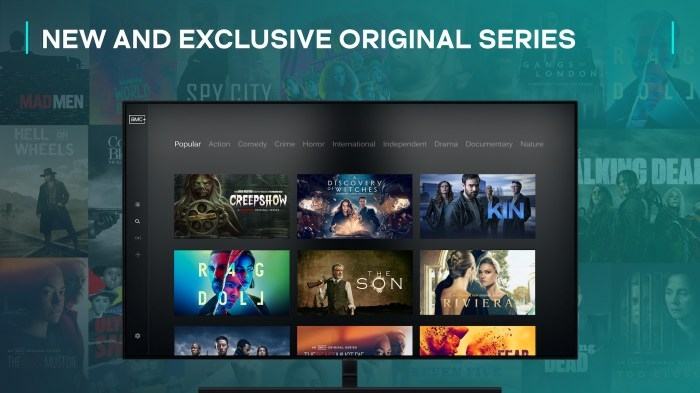 On the same subject :
Amazon is launching AMC + and Acorn TV on Prime Video Channels in India
Why do I have to pay for Prime Video if I have…

What video game character has the most kills?

Please note that there will be large spoilers ahead for each of these games.

Which mobile game is No. 1 in the world? 1. PUBG Mobile. PUBG is one of the highest downloaded games in the mobile gaming world where the game has a large number of downloads. It has millions of players on the platform.

PlayerUnknown’s Battleground (PUBG) PUBG is the number one game in the world especially for Battle Royale games which are still very popular in 2022. Games released in 2018 have a very large number of players worldwide.