Young people are playing a major role in Oregon’s climate movement, but the flip side of their admirable passion and activism prowess is a looming mental health crisis.

A report released last week by the Oregon Health Authority (OHA) sheds light on this crisis. While his conclusion won’t be eye-opening to those involved in climate work, his insights provide legitimacy to an issue that hasn’t received the attention it deserves.

The report, written by the OHA’s public health division, classifies the different causes and effects of mental health problems induced by climate change. There are a multitude of experiences that young people have that will inform how they react to crisis. People who have experienced weather-related disasters, like the wildfires that devastated Oregon in September 2020, will likely have a more different mental health response than someone whose well-being has been affected over an extended period by chronic weather stressors like drought or poor air quality. . The report also addresses “climate anxiety,” which the authors define as general fear and concern about the effect climate change is having on the planet.

“I think this report has the potential to make people think more… Just knowing that you are not alone and that many other young people feel the same way and have similar emotions can make you feel very good.”

Then there is the dynamic between the young and the well-intentioned adults.

“Adults may well-intentioned comment that they are inspired by the passion and determination of young people in advocating for action on climate change,” the report states. “However, young people may perceive that as adults they release responsibility and assign it to young people.”

Young people have never been able to live without fear of the climate crisis and feel ignored by those in power who are not acting fast enough to help prevent the worst effects of global warming. They are also not wrong to feel that way. While powerful adults have heralded young climate activists like Greta Thunberg as a prophet coming to save the world, they are not actually acting on their pleas for policy change.

Portland youth who have been involved in the youth movement against the Oregon Department of Transportation’s proposed expansion of I-5 have done much to raise awareness of the environmental impacts of transportation. But the work takes an emotional toll.

Ukiah Halloran-Steiner, one of the leaders of the Youth vs ODOT movement, told me that she became passionate about climate activism after the Labor Day fires in 2020, which were shocking and terrifying. She said getting involved in activist work has allowed her to talk to like-minded people and find support.

“Just knowing that you are not alone and that many other young people feel the same way and have similar emotions can make you feel very good,” said Halloran-Steiner.

But she is skeptical that this report will do much to spur action.

“I think this report has the potential to make people think harder. But the report by itself isn’t doing anything, it’s just informing other people about what a lot of people already know,” he said.

In the report’s foreword, Governor Kate Brown wrote a strong statement acknowledging the frustration some young people feel when trying to influence lawmakers. But so far the governor has dodged calls to take a stand against highway expansion, and young climate activists want her to take a more aggressive stance.

At 25, I am older than most of the young people surveyed in this study. But I strongly identify with the sentiments they expressed. I remember learning about global warming when I was probably 8 or 9 years old, and as someone with an eager disposition to begin with, the threat of climate change seriously affected the way I viewed the world. I found no comfort in talking to adults, whom I found dismissive or inappropriately alarming. My most memorable wake-up call was in sixth grade, when my science teacher spent the entire year teaching us about the greenhouse effect and showing us presentations and documentaries about the dying earth that sent me into spirals of panic and guilt. I guess this feeling was an impetus for action for me, but it has come at a cost.

While young people can’t do much on their own to influence climate policy, the report does have suggestions for things people can do to keep themselves mentally fit while dealing with such a serious problem. Among other suggestions, the report echoes Halloran-Steiner’s positive experience joining an activist community, saying that many young people have reported that finding others to work with on climate action has been helpful.

“If I need to talk to someone, I can go to people, we can all get mad together and figure out what to do,” said one young man. “Meeting people like you gives me hope.”

Taylor has been a staff writer for BikePortland since November 2021. She has also written for Street Roots and Eugene Weekly. Contact her at taylorgriggswriter@gmail.com

Who is most affected by eco-anxiety?

The condition has become especially common among children and young people: in some universities, more than 70% of students describe themselves as suffering from eco-anxiety, although as of early 2021 there were no validated ways to assess prevalence climate or eco-anxiety. Well established

Who is worried about climate change? A recent survey published among 10,000 young people between the ages of 16 and 25 around the world found that 59% are very or extremely concerned about climate change. On the same subject : Willie Wilson advertises upcoming food and gas deals for $ 2 million. They reported feeling sad, scared, anxious, and angry.

How common is climate anxiety?

Recommendations. Respondents from all countries were concerned about climate change (59% were very or extremely concerned and 84% were at least moderately concerned). More than 50% reported each of the following emotions: sadness, anxiety, anger, helplessness, helplessness, and guilt.

How do I know if I have eco-anxiety?

In fact, it tends to be more frequent among people who are more aware of the protection of the environment. The symptoms are as follows: mild cases of anxiety, stress, sleep disorders, nervousness, etc. Read also : As grocery prices soar, NY boosts food aid for the needy. In the most severe cases, ecoanxiety can cause a feeling of suffocation or even depression.

This may interest you :
10 Recession Resistant Business Ideas – Forbes Advisor
Editor’s Note: We receive a commission from affiliate links on Forbes Advisor.…

How does climate impact mental health?

Mental health consequences of events related to a changing global climate include mild stress and distress, high-risk coping behaviors such as increased alcohol use, and occasionally mental disorders such as depression, anxiety, and post-traumatic stress. Read also : Jenny Welbourn on YouTube Vlogging, a sustainable lifestyle and online burnout.

How does climate affect human well-being? Climate change can affect our health and well-being through the impacts of extreme events, worsening air quality, changes in the spread of infectious diseases, threats to the quality and quantity of food and water, and the effects on our mental health.

How does the weather affect your mental health?

How does climate affect human behavior? 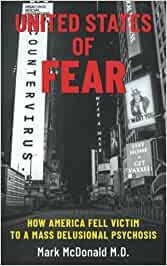 How does climate change deal with anxiety?

Here are some ways to manage feelings of stress or anxiety when thinking about climate change:

What is climate change anxiety? The American Psychological Association (APA) describes eco-anxiety as “the chronic fear of environmental cataclysm that comes from observing the seemingly irrevocable impact of climate change and the associated concern for one’s own future and that of future generations.”

How does climate change cause stress?

Droughts, floods, rising sea levels, rising ambient temperatures, and other consequences of climate change can produce increased psychological distress through many mediators. These mediators include economic stress, migration and acculturation stress, decreased social capital, and traumatic events, among others.

What does weather depression mean?

Why does the weather cause depression? When an area of ​​fast-moving cold air moves into a region of warmer air, it breaks under the warm air, which is pushed up. As it rises, the air pressure drops. This rising air can lead to a low pressure or depression system.

What does depression in sea mean?