In the course of human history, there have been great civilizations, empires, nation-states, countries, etc. But most of these civilizations and governmental entities only dominated the world or “their geographical area of ​​the world” economically and militarily for no longer. than 200 to 400 years.

Most, if not all of these “societies and cultures” self-destructed from within. The United States will probably not be an exception in human history. But all these civilizations, empires, countries, etc. were remembered for maybe 10-20 important things. Obviously, the Roman Empire, the Greek Empire, the French Empire, the British Empire, the Mayan Empire, the Mongol Empire, and many others come to mind.

How will the United States be remembered in human history?

One of the things history will note is the excessive level of gun violence, far more than any other civilized country in the world for at least the last century.

Is the basic, almost unlimited right of every American to keep and bear arms, including concealed weapons. Americans own far more guns and rifles per capita than people in any other country on earth. Because of the deep political and cultural divides that exist in our country between Republicans and Democrats, and/or liberals and conservatives, the answer to that question is disputed.

While the two sides debate the issue, thousands of Americans are killed by gun violence each year.

The US has an albatross around its neck on this issue of gun violence in America. Half of Americans, including most Republicans and conservatives, feel that the most important right of every American is codified in the Second Amendment to keep and bear arms.

The other half of Americans – mostly Democrats and liberals – feel that the most important right of every American is the First Amendment right to life, liberty, and the pursuit of happiness.

But if you have to fear the rampant gun violence in America, you’ve obviously lost your First Amendment right. This is the bottom line.

Until the United States can resolve this fundamental conflict between the right to life and the right to own guns, the level of gun violence in America will only increase.

If you purchase a product or register for an account through one of the links on our site, we may receive compensation.

How did the United States turn into an imperial power?

The 1898 Treaty of Paris that ended the war granted Cuba its independence and also ceded important Spanish possessions to the United States, notably Puerto Rico, the Philippines, and the small island of Guam. The United States was suddenly a colonial power with overseas dependencies.

How did the US become an imperialist power? In the late nineteenth century, the United States abandoned its century-long commitment to isolationism and became an imperial power. To see also : USA opens 2022 World Junior Championship with dominant 5-1 win over Germany – College Hockey. After the Spanish–American War, the United States exerted significant control over Cuba, annexing Hawaii and claiming Guam, Puerto Rico, and the Philippines as territories.

How did the United States became an imperial power quizlet?

With the Treaty of Paris and the end of the Spanish-American War, the United States had become an imperialist power.

When did the United States become a world power imperial power?

On August 12, 1898, the United States and Spain concluded an armistice agreement in their brief conflict over Cuba and the Philippines. See the article : Russian scientist accused of treason dies in custody. The war marked America’s entry onto the global stage as a military power. 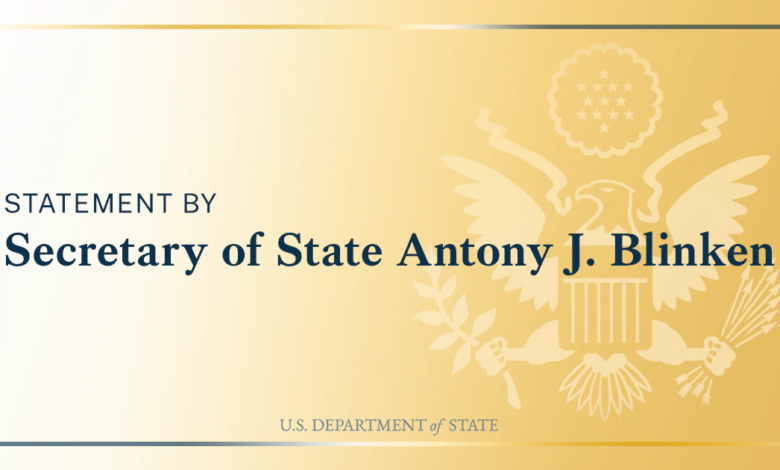 To see also :
Cape Verde National Day – U.S. Department of State
On behalf of the United States of America, I send my congratulations…

How did the United States build an overseas empire?

How did the US develop an overseas empire? The United States developed its empire by intervening in the Cuban rebellion, which resulted in a victory over Spain in the Spanish-American War. To see also : Food and energy issues dominate the G-20 meeting of the best diplomats during the war in Ukraine. The result of the victory was control over former Spanish colonies: Puerto Rico, Guam and the Philippines.

How did the US develop an overseas empire? The United States acquired a vast overseas empire as a result of its quick victory in the war of 1898. The war had many causes, but for most Americans it began as a humanitarian intervention to free Cubans suffering under Spanish rule, a generous goal that made that the war popular.

Why did the United States create an overseas empire in the late 1800s?

Economic factors The Americans expanded trade with other countries and competed for political influence. In the late 1800s and early 1900s, Americans looked beyond their borders and longed for an empire. Merchants wanted overseas markets, and adventurers wanted another frontier to conquer.

What were the reasons the United States established an overseas empire in the late 19th and early 20th centuries?

Both a desire for new markets for its industrial products and a belief in Americans’ racial and cultural superiority motivated America’s imperial mission.

How did the US build an overseas empire and make itself a world power?

In the wake of the Civil War, American economic growth combined with the efforts of evangelical missionaries to push for greater international influence and overseas presence. By confronting Spain over its imperial rule in Cuba, the United States took control of valuable territories in Central America and the Pacific. 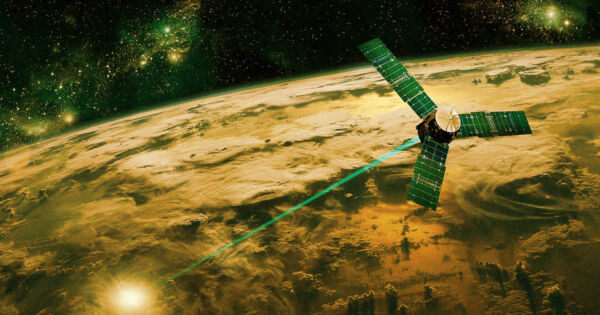 See the article :
China accuses the United States of military outer space
“The US has stolen intelligence information.” Warning Shot China and the United…

What were the causes of the United States becoming a superpower at the end of World War II?

However, by the end of World War II, the pound could no longer compete. War, decolonization and declining economic power abroad dealt Britain a lasting blow and ushered in a new era of American dominance in the arena of global influence and economic power.

What made America a superpower? The United States had almost all the characteristics of a great power – it was ahead or almost ahead of almost every other country in terms of population, geographic size and location on two oceans, economic resources and military potential.

What were some of the reasons the United States emerged as a world power in the late 19th and early 20th centuries?

Some of the most important include: American imperialism in the late 19th century, increased involvement in global affairs, the flourishing of American industry, and the overall financial strength of the American economy. 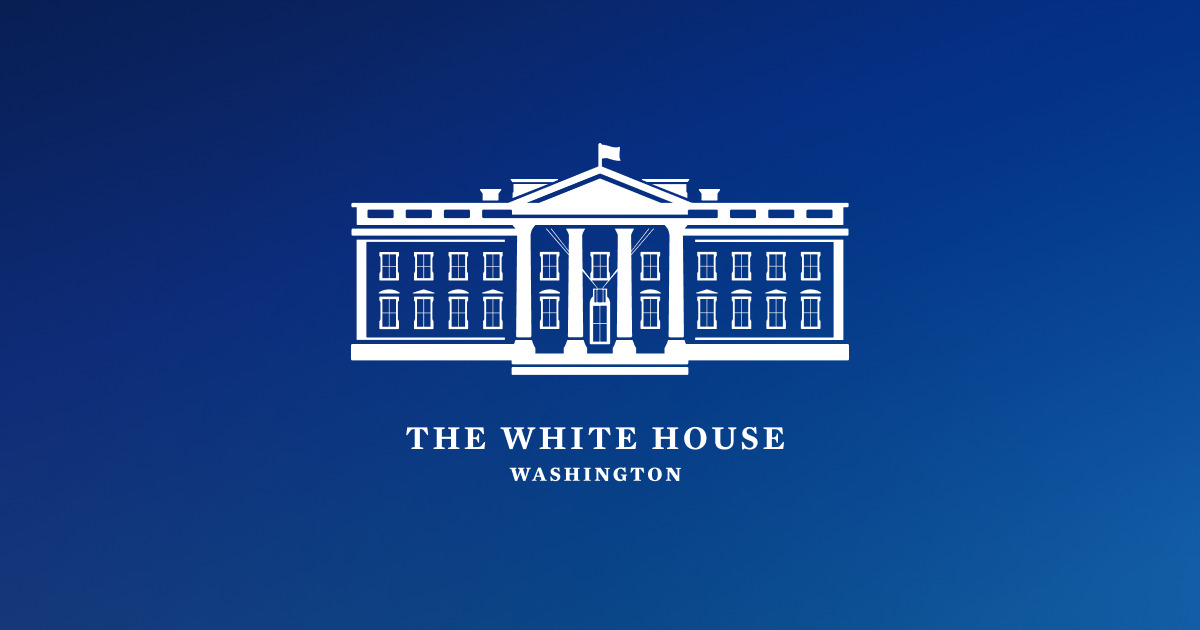 On the same subject :
Declaration of Continuity of National Emergency Relating to Internal Interference or Damage to Public Confidence in Elections of the United States.
On September 12, 2018, through Executive Order 13848, the President declared a…

Can the US be considered an empire?

It is often assumed that because America has the military capability to become an empire, any overseas interest it has must necessarily be imperial. … In a number of crucial respects the United States is indeed very un-imperialist … America bears not the slightest resemblance to ancient Rome.

What qualifies as an empire? An empire is a collection of many separate states or territories under a supreme ruler or oligarchy. This is in contrast to a federation, which is an extensive state voluntarily composed of autonomous states and peoples. An empire is a large polity that rules over territories beyond its original borders.

Can a country be an empire?

Throughout history, countries have wanted to control countries outside their borders. The word imperialism refers to the practice of a country expanding its political power, especially through the acquisition of conquered territory. Such a country and the countries it controls are called an empire.

Are there any empires today?

Are there any current empires? There are no sovereign states that call themselves empires today. It could possibly be argued that the British Empire continues to this day through the form of the Commonwealth and British Overseas Territories. But they no longer consider themselves an “empire”.

Is America the last empire?