Fanduel CEO Amy Howe attends The Future of Everything presented by the Wall Street Journal at Spring Studios on May 18, 2022 in New York City.

FanDuel CEO Amy Howe predicts her company will defend its leading share of the online sports betting market in the U.S. — and even widen the gap with the competition.

The remarks run counter to expectations in the gaming industry that FanDuel will relinquish some of its dominance as new players work to take a larger share of the sports betting market. FanDuel estimates the market will grow to $22.6 billion by 2030, based on more states legalizing it and the industry expanding in places where it is already allowed.

In January, sports memorabilia and collectibles giant Fanatics plans to launch its own sports betting operations.

Without mentioning the Fanatics by name, Howe threw down the gauntlet.

“It should be clear that new entrants coming in now at this point in time could face a real challenge taking on scale players that have more than four years’ head start,” Howe said at the company’s capital markets day on Wednesday.

Howe’s comments came a day after Fanatics, valued at more than $27 billion, held its own investor day. Fanatics CEO Michael Rubin has laid out an ambitious goal: launching sports betting operations early next year and rolling out gambling across the nation by the start of the NFL season in 2023. CNBC reached out to Fanatics, but the company declined to comment.

“We want to be in every major state except New York, where you can’t make money,” Rubin said at a Sports Business Journal World Congress of Sports event in October. Last fall, Fanatics applied for a license for mobile games in New York, but was not selected.

Rubin predicts sports betting and Fanatics’ other business segments “could be $8 billion, even over the next decade, in profits.” He said his built-in network of 94 million sports fans will allow the company to differentiate itself by spending less on marketing and promotions to win customers.

And FanDuel has a 42% market share, based on published reports from state gaming regulators. It has maintained its position as market leader and widened the gap over time.

“FanDuel is America’s number one sports book by a wide margin,” Howe said Wednesday. Business leaders insist they can use this advantage to acquire customers more efficiently and retain them longer.

Of the 59 sports betting operators in the US in October, only three had double-digit market share. Draftkings and BetMGM, jointly owned by MGM Resorts and Entain, are in second and third place respectively.

“Nearly 90% of operators have a share of less than 2% of the market,” said Howe.

Smaller players are struggling. On Wednesday, MaximBet announced it would cease operations, citing “challenging macroeconomic conditions and increasingly cost-intensive marketplace.” The company operated in Colorado and Indiana and had plans to expand to more states.

Last month, FuboTV also said it would close its sportsbook immediately due to a “challenging” economy.

How big of a FanDuel win do you put on taxes?

Fantasy sports winnings of at least $600 are reported to the IRS. If it turns out to be your lucky day and you take home a net profit of $600 or more for the year playing on sites like DraftKings and FanDuel, the promoters have a legal obligation to send both you and the IRS a Form 1099-MISC .

How are FanDuel gambling winnings taxed? And, like DraftKings, FanDuel customers are subject to the same federal and state tax rules and regulations as any other sportsbook. On the same subject : Regional Sports Networks, Once Considered Broadcasting’s Crown Jewels, Now Barely Break Even. Put it this way: If you won the same amount of money at DraftKings and FanDuel (or any of their competitors), your winnings will be reported and taxed the same way.

How much tax do they take out of FanDuel?

â¶25% of the total payout is withheld and remitted to the IRS in the subscriber‘s name. â¶W-2G forms are automatically generated when the subscriber meets the reporting criteria.

How much taxes do you pay for FanDuel Sportsbook?

How much do I have to pay the tax authorities? Sports betting winnings over $600 (or if the amount is 300 times the original bet) are subject to a 24% withholding tax. Read also : Many MPs have reached an agreement on the sports betting law. These taxes can come either at the time the winnings are paid out in the form of withholding from the casinos or bookies, or when you file your taxes. 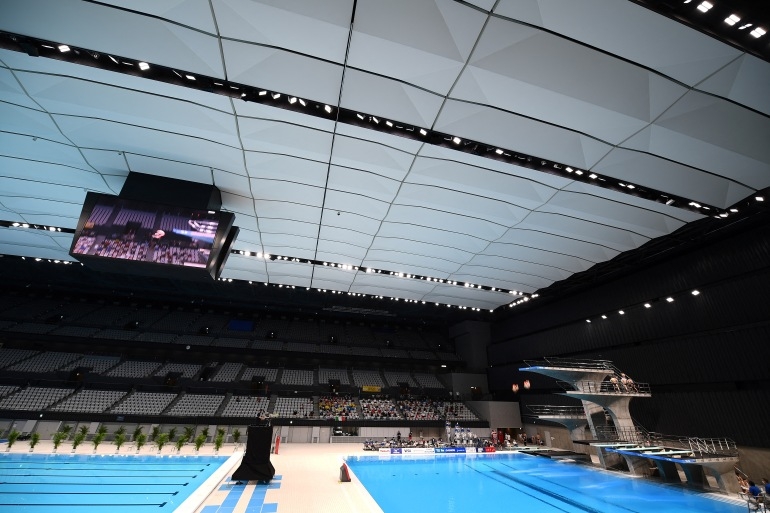 This may interest you :
The new transgender swimming policy could have an impact on other sports
Swimmers compete in the women’s 100-meter freestyle at the 19th FINA World…

Can you win good money with FanDuel?

FanDuel usually pays out close to 10 percent of tournament entries, so you need a good score to make money. Read also : Sports Media: Manfred ‘digs our feet in’ on Diamond Sports talks. Those who make money, on the other hand, usually at least triple their money, with serious money available at the top of the prize structure.

How much can you make from FanDuel?

As of November 7, 2022, the average weekly salary for a Work From Home Fanduel Sportsbook in the United States is $1,136 per week.

What is the biggest payout on FanDuel?

An unnamed FanDuel user may now be the world’s biggest Coke Zero fan. The person submitted a $13.49 free bet on FanDuel from a promotion at the Coke Zero 400 Nascar Race on Sunday that won, netting the user nearly $1 million.

How do you get a lot of money on FanDuel?

The best way to make money through FanDuel is to start small. Although it is tempting to field as many teams as possible and enter all the competitions you can, it can quickly become overwhelming. Make sure you carefully research and plan how to create the best team with the resources you have.

How do you pick your winning team on FanDuel?

What is the secret to winning on FanDuel? The easiest way to become a great player on FanDuel is to get your feet wet by playing in as many leagues as possible. You don’t even have to play for money to get started as FanDuel offers free leagues (no prizes) and freerolls (free leagues with prizes).

What’s the most someone has won on FanDuel?

An unnamed FanDuel user may now be the world’s biggest Coke Zero fan. The person submitted a $13.49 free bet on FanDuel from a promotion at the Coke Zero 400 Nascar Race on Sunday that won, netting the user nearly $1 million.

How does FanDuel winning work?

Is DFS a skill or luck?

Currently, in most US states, fantasy sports (including DFS) are generally considered a game of skill and therefore not legally considered gambling (where there is an element of both luck and chance).