The Pacific Island region hosts nearly one-fifth of the Earth’s surface and many of its most pressing challenges, from the climate crisis to the COVID-19 pandemic to growing pressure on the free and open international order based on rules. It is in this context that the Pacific Islands Forum, the leading driver of regional action, is committed to organizing its members “as a collective if we are to face our increasingly common challenges.”

As our countries — Australia, Japan, New Zealand, the United Kingdom, and the United States — continue to support prosperity, resilience, and security in the Pacific, we too must harness our collective strength through closer cooperation. To this end, our governments have sent high-level officials to Washington, DC on June 23 and 24 for consultations with Pacific Mission Leaders and other partners, including France, as well as the European Union in its capacity. of observation. These meetings followed discussions with Pacific partners, including with the Pacific Islands Forum Secretariat; remain ongoing, as well as with other partners engaged in the region. Today, our five countries have launched an inclusive and informal mechanism to support Pacific priorities more effectively and efficiently: Partners in the Blue Pacific (PBP).

This new initiative is based on our long-term commitment to the region. Australia and New Zealand are from the region and members of the Pacific Islands Forum; Japan, the United Kingdom and the United States found Dialogue Partners. Our countries maintain close people-to-people ties and are long-term development partners with the Pacific Islands, reflected in our $ 2.1 billion in development assistance for the region. We are united in our common determination to support a region that benefits the peoples of the Pacific. We are also united as we realize this vision — according to the principles of Pacific regionalism, sovereignty, transparency, accountability, and above all, guided and guided by the Pacific Islands.

With these principles at their heart, the Blue Pacific Partners aim to:

At each stage, we will be guided and guided by the Pacific Islands. We will seek Pacific’s guidance on the PBP’s selection of its lines of effort and its cutting-edge projects. At meetings in Washington, including at Blair House, our governments and Pacific Heads of Mission discussed various areas in which to deepen cooperation, including the climate crisis, connectivity and transportation, maritime security and protection, and health, prosperity and education. We are committed to continuing to engage with Pacific governments as well as with Pacific-led regional institutions, in particular the Pacific Islands Forum; we will align our work with the results of the next meeting of the Leaders of the Pacific Island Forum in Suva, Fiji. Later this year, the United States intends to send the Ministers of Foreign Affairs of the Partner countries to convince and review our progress.

What is the 2050 strategy for the blue Pacific continent?

Policy In 2050, Pacific countries and territories, while fully recognizing their national sovereignty, will work together to safeguard the Blue Pacific continent and achieve regional priorities through an effective regional architecture involving non-state actors. To see also : Changing lifestyle to improve consumption of oral medical food products likely to top US$11 billion by 2032: Fact.MR study. region and external partners to strengthen …

What is Pacific regionalism?

THE FRAMEWORK FOR PEACEFUL REGIONALISM. Framework for Pacific Regionalism. Vision. Our Vision of the Pacific is for a region of peace, harmony, security, social inclusion and prosperity, so that all people of the Pacific can lead a free, healthy and productive life.

What is the blue Pacific continent?

As the PIF 2050 vision says: By 2050, the Blue Pacific Continent is a region of peace; harmony; security, social inclusion; and increased prosperity so that all the peoples of the Pacific lead a free, healthy and productive life. On the same subject : Quad needs American Tech for Indo-Pacific Security. 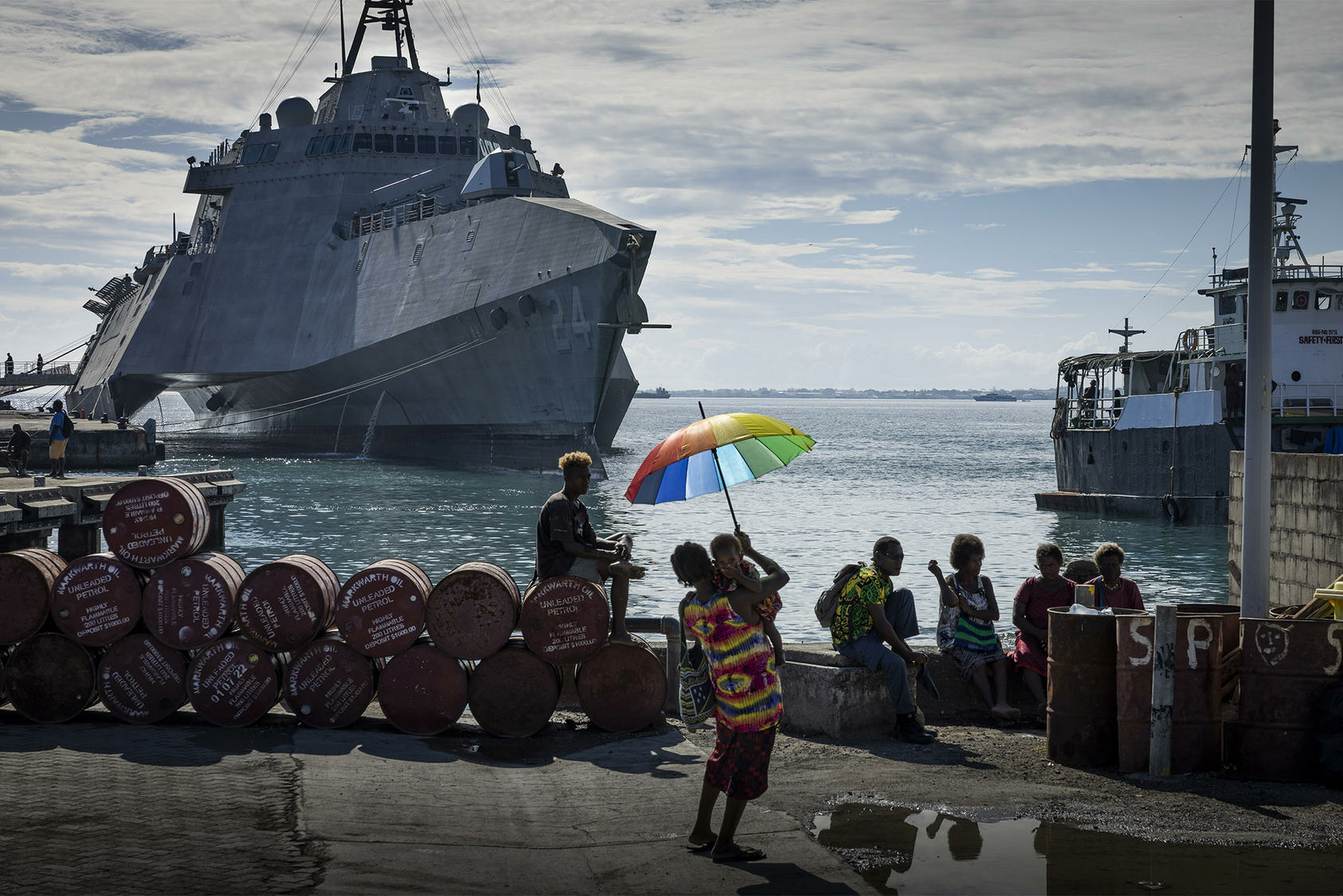 This may interest you :
Why is Biden hosting America’s first Pacific Island Summit?
President Joe Biden will host leaders of Pacific Island nations for a…

What does the Pacific way mean?

Over the years, the term has been used to mean doing things in ways that are mutually respectful, inclusive, consultative, consensual, flexible and allow for compromise. Read also : How to deal with workplace politics – Produces Blue Book.

What does it mean to be a Pacific Islander today? : native or descendant of a native of one of the islands of Melanesia, Micronesia or Polynesia in the Pacific Ocean.

What was the Pacific way?

Established at the UN in 1970 by Ratu Sir Kamisese Mara, then Prime Minister of Fiji, it came to symbolize a way of doing things specific to the Pacific: a way that emphasized moderation, respect, consensual dialogue, and ‘inclusiveness, as well as‘ preparation for negotiation, flexibility, adaptation and compromise ’.

Why Is the Pacific important?

The Pacific is a major contributor to the world economy, especially to those nations whose waters touch it directly. It provides low-cost shipping between East and West, vast fishing areas, offshore oil and gas fields, minerals and sand and gravel for the construction industry.

What are Pacific Islanders beliefs?

The cultures of the Pacific Islands follow customs and traditions based on ancient principles that promote an honorable and noble lifestyle. Deep in Polynesian culture are traditional music, dance and food.

Biketawa is one of the twenty-four small islands that make up Tarawa Atoll in the Republic of Kiribati. The capital of Kiribati, South Tarawa, is located in Tarawa.

Why was the Pacific Island Forum formed?

What is the main economic activity of islands in the Pacific?

Most people living in the Pacific islands work in the services industry which includes tourism, education and financial services. Oceania’s largest export markets include Japan, China, the United States and South Korea.