That is why the recent events south of the Rio Grande are so worrying. Joe Biden tried to show the unity of the hemisphere last week, but his American summit was a complete disaster. He did not invite Cuba, Nicaragua or Venezuela to the summit because of their unusual human rights record. However, he found that many Latin American countries are more loyal to Cuba, Nicaragua and Venezuela than the United States. Mexican President Andrés Manuel López Obrador said he would not attend the American summit after word spread that the Biden administration would not invite socialist dictators to the meeting.

“The American summit cannot take place without the participation of all the countries of the American continent,” López Obrador said. “Or it may be, but we believe it means continuing old-fashioned policies, interfering and disrespecting peoples and their people.” Mexico still sent a representative to the event, but López Obrador’s absence was a blow to Biden’s plan. The summit was to show how the United States was a leading force in the Western Hemisphere, but the leader of the third county in terms of population was not present.

The President of Bolivia, Luis Arce, did not show it, nor did the Presidents of El Salvador, Honduras or Guatemala. All of these leaders told the world that Latin unity is more important than relations with the United States, and Washington’s policymakers should take that development into account.

Representatives of Cuba and the European Union agreed on new projects in critical sectors such as food security, local community development and digital connectivity. And Spanish Foreign Minister Jose Manuel Albares is calling on his EU colleagues to swiftly ratify trade agreements with Chile, Mexico and the southern common market. Mexico and the various Latin American countries may soon be much more closely linked to the re-emerging European power than to the United States.

Such a Euro-Latin power bloc poses a threat to the United States. No power can restrict the United States without economic and military superiority in Latin America. And that’s why many U.S. rivals, from the French Emperor Napoleon III to the German Emperor Wilhelm II and ending with Soviet leader Nikita Khrushchev, have sought to contrast Latin American countries (mostly Mexico) with the United States. More than 40 percent of all goods imported into the United States pass through the Gulf of Mexico, and Mexico would be the best place to stop foreign enemies from penetrating.

The idea of ​​armies invading the United States may seem far-reaching, but the Bible says it will happen. In the book of Revelation, the apostle John saw a vision of a beast going to war in the end times. He tells us how to identify this beast with the following mystery: “Here is wisdom. Let him that hath understanding count the number of the beast: for it is the number of a man; and his number is six hundred and sixty-six ”(Revelation 13:18).

After the apostle John wrote these words, there are many conspiracy theories about the beast. However, less than a century after John’s death, Irenaeus, a student of the Apostle Polycarpus, gave a correct interpretation of this riddle before joining the Roman Catholic Church.

Today, people usually use Hindi-Arabic numerals when counting. But in ancient times, people used letters to count. Many still know Roman numerals, where i is 1, v is 5, x is 10, and so on. However, fewer know that the Greek and Hebrew alphabets also use letters for numbers. The Apostle John wrote the Revelation in Greek, and Irenaeus noted in his book Against Heresies that the letters of the Greek name Lateinos (ΛΑΤΕΙΝΟΣ) total 666; the last of the four kingdoms that the prophet Daniel saw was the kingdom of Latin.

The late Herbert W. Armstrong explained this identification in his pamphlet Who or What is a Prophetic Beast? He noted that Lateinos “means” the Latin man “or” the name of Latium, “from which the Romans derived their origin and language. In Greek, l is 30, a is 1, t is 300, e is 5, i is 10, n is 50, o is 70, s is 200. Add these numbers together, they count to exactly 666! that the name of the kingdom, of its founder, and of the first king, and of every man in the kingdom, shall be called 666;

“Immigration is the key to our American renewal,” José Horacio Gómez, Archbishop of Los Angeles, wrote just two years ago. “The American story most of us know is in New England. It’s the story of the Pilgrims and Mayflower, the first Thanksgiving and John Winthrop’s sermon on ‘The City on the Hill.’ It’s the story of great men like Washington, Jefferson and Madison. It’s the story of great documents nagu But the story of the founders and the truths they took for granted is not the whole story of America.The rest of the story begins more than a century before the pilgrims.It begins in Florida in the 1520s and here in California in the 1540s. a story about colonial settlement and political and economic opportunities.This story is about exploration and evangelism.This story is not Angloprotant but Spanish Catholic.It is not centered in New England but in Nueva Españas….

The cultural divide highlighted by Archbishop Gómez is the root cause of the tensions at Joe Biden’s American summit. The United States and Canada share an Anglo-American culture that is very different from the Latin culture that connects Latin America and much of Europe. This fact is important in Bible prophecy.

“Herbert Armstrong predicted for a long time, and we expect the alliance between Europe and South America to grow extremely strongly,” writes Trumpet’s editor-in-chief Gerald Flurry in his booklet, Isaiah’s End-Time Vision. “Religion and language are the most important factors in this connection: Roman Catholicism is the dominant religion in Latin America and Spanish is the fourth language in the world. But it will not be a union of equals: Latin American countries will become vassal states in Europe! Europe (the northern king), with its great naval power, surrounds North America to the east and Europe to the south, and the Bible contains many prophecies about the power of Europe to attack America.

The fact that many Latin American countries are ready to boycott the US-led summit because it excludes communist Cuba is a reminder of how many of these countries are becoming anti-American. The Bible warns that many of them are likely to partake of the end-time resurrection of the Holy Roman Empire. Anyone who has read the bloody history of this empire knows that this is scary news for the near future. But as Revelation 17:14 promises, “the Lamb shall overcome this empire,” for he is Lord of lords and King of kings.

To learn more about the central role that the Holy Roman Empire and its allies are predicting in world events, read our free end-time vision of Isaiah and Who or What is the Prophetic Beast?

Who started the Crusades?

On November 27, 1095, Pope Urbanus II gave perhaps the most influential speech of the Middle Ages that caused the Crusades, calling on all European Christians to go to war against Muslims to reclaim the Holy Land, shouting “Deus vult.” ! ” or “God wills!”

Who led the three crusades? The Crusades were led by three European monarchs, hence the name “Crusade of Kings”. The three leaders were: Frederick I of Barbarossa, King of Germany and Emperor of the Holy Roman (b. 1152-1190 BC), Philip II of France (b. To see also : World Refugee Day 2022 – US State Department. 1180-1223 BC) and Richard I of “The Lionheart” of England (b.

How did the Crusades begin?

In November 1095, the Pope called on Western Christians at Clermont Church Council in southern France to seize weapons to help the Byzantines and recapture the Holy Land from Muslim control. It marked the beginning of the Crusades.

Why did Crusades end?

The Crusades ended in the 16th century mainly because of the changes in Europe caused by the Protestant Reformation, but not because the threat to Muslims had diminished. Read also : Departmental Press Briefing – June 21, 2022 – United States Department of State. Martin Luther and other Protestants did not benefit from the Crusades, which they believed were the cynical techniques of the papacy to seize power from secular lords.

What was the purpose of the Crusades?

The goals of the Crusades were to prevent the spread of Islam, to take back the Holy Land, to conquer pagan territories and to reclaim former Christian territories. This may interest you : The expert group calls for a renewal of the U.S. Public Health System. Many of them considered the Crusades to be a means of redemption and atonement. 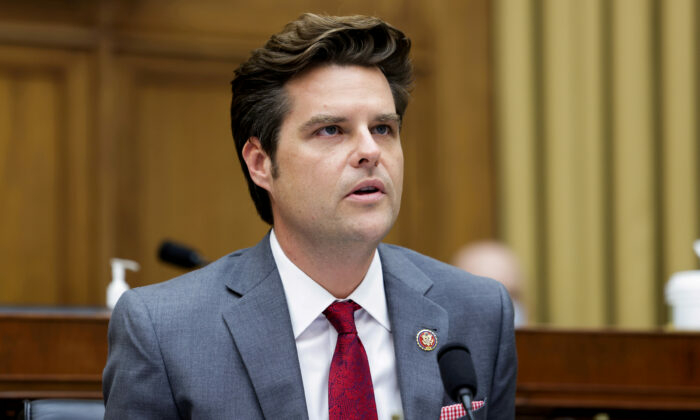 What was the nickname for U.S. soldiers during the war 1?

Indelibly associated with the Americans, the Doughboys became the most enduring nickname for General John Pershing’s American Expeditionary Force, which crossed the Atlantic to join the war-torn Allied armies fighting in the First World War.

How were the American soldiers called? The origins of this popular nickname are somewhat vague. Popular theory links this concept to the beginning of the 20th century, when military rubbish bins and buckets were stamped “G.I.” The two-letter abbreviation indicated the material from which these items were made: galvanized iron.

What was the nickname for soldiers in WW1?

Indelibly associated with the Americans, the Doughboys became the most enduring nickname for General John Pershing’s American Expeditionary Force, which crossed the Atlantic to join the war-torn Allied armies fighting in the First World War.

On the same subject :
Kevin Ritz Sworn in as United States Attorney
Memphis, TN – Kevin G. Ritz was sworn in on September 28,…

When did the U.S. declare war on Germany ww1?

When did the US officially declare war in ww1?

On April 6, 1917, President Woodrow Wilson signed a joint resolution that ended America’s neutral stance on the ongoing global conflict, which was later considered a “world war,” and officially declared war on the German imperial government.

What caused the US to declare war on Germany in ww1?

Reintroduction of Unlimited Submarine War Germany continued its unrestricted submarine war in 1917. Knowing that they could provoke the United States to join the war, Germany played in the gamble of defeating the British before the United States was given the opportunity to mobilize.

When did the US enter World War with Germany?

The United States declares war on Germany On April 2, 1917, Wilson attended an extraordinary joint session of Congress and called on Germany to declare war, saying, “The world must be made secure for democracy.” 4 voted the Senate by 82 votes in favor of declaring 6 wars.

Why did Germany declare war on the US?