SPRINGFIELD, Mass. — Midway through his senior season at Sierra Canyon High School (Chatsworth, California), Bronny James continues to raise his game. In his most recent outing, LeBron James’ eldest son had one of his most complete games of the season, showing off his deep range from behind the arc with three 3-pointers (finishing with 13 points), grabbing five steals and making just one. turnover in 27 minutes. Bronny James is looking stronger and more polished as a player in his final high school season as he prepares for the college game.

James’ recruitment has been under wraps, but there are a few teams emerging as potential landing spots for the 6-foot-2 guard: Ohio State, Oregon, USC and Michigan. James is currently the top-rated point guard still undecided in the high school class of 2023. He will most likely wait until after his high school season to take more college visits and a late decision is expected.

James took an official visit to Ohio State in early September, his only known campus visit. On the same subject : How it worked for (and what we can learn from) the major offenders of the game. He has never publicly commented on what schools are recruiting him, but given LeBron James’ longstanding relationship with Nike and Bronny James signing a lucrative Nike shoe deal for an undisclosed amount in October, his likely college path will be with a Nike program.

Oregon is the Nike school with the headquarters two hours away and founder Phil Knight as the most famous alumnus, providing the latest Nike gear for all student-athletes. Right now, Oregon coach Dana Altman has commitments from four-star wing Mookie Cook (who actually plays LeBron James in an upcoming movie), guard Jackson Shelstad and five-star K.J. Evans.

“[Bronny] told me he likes Oregon, and I want him to visit there,” Evans told Yahoo Sports. “Everybody that comes in is unselfish. We all cut, move and don’t hold the ball too long, so it will benefit him. Bronny can be more than a playmaker and a shot creator, and I think we would play very well together.”

Sierra Canyon’s Bronny James warms up at halftime during a high school basketball game against Christopher Columbus at the Hoophall Classic on January 16, 2023, in Springfield, Massachusetts. (AP Photo/Gregory Payan)

USC, local to where LeBron James plays for the Los Angeles Lakers, already has a commitment from one of the main point guards in the senior class, Isaiah Collier, but could still add Bronny James. Before his senior year at Sierra Canyon, James played off the ball a lot as a two guard alongside current UCLA guard Amari Bailey. Collier and Bronny James know each other from playing against each other in Nike’s EYBL the past two summers, and the Trojans will lose guards Boogie Ellis and Drew Peterson after this season.

Michigan, a Jordan Brand school under the Nike umbrella, is another possible choice. Head coach Juwan Howard has had early success in his four seasons as Michigan’s head coach. James could learn from Howard’s endless knowledge as a former pro who had a long NBA career. Michigan’s offensive system also gives its guards a lot of freedom, and James excels as the primary ball handler, making the right read the pick-and-roll. Howard was also on staff as an assistant coach for the Miami Heat when LeBron James played there from 2010-14. 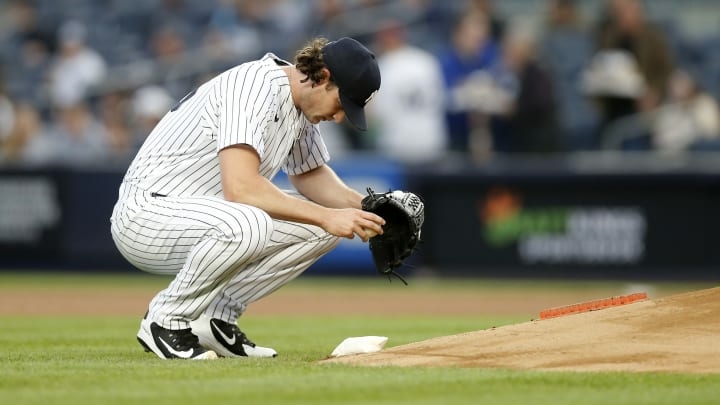 This may interest you :
YES:AM | What’s wrong with the Yankees?
Good morning, I’m Dan Gartland. It pains me to say it but…

Programs that are most likely out

Memphis is another team that was high on Bronny James. LeBron James has close ties to head coach Penny Hardaway. The Tigers now have commitments from four-star guards Mikey Williams and Ty-Laur Johnson as well as wings Ashton Hardaway and J.J. Taylor, making it unlikely that James will join the 2023 recruiting class.

The G League Ignite is also an option if James wanted to go the pro route. On the same subject : Confirmed: ‘Star Trek: Lower Decks’ Season 3 Debuts Internationally On Prime Video In August. It’s no secret that LeBron James plans to play a season in the NBA with his son.

“I have to be on the floor with my boy. That would be ideal, for sure, to be with him, to spend a full year with him in the same uniform, that would be the icing on the cake,” LeBron James told ESPN’s Dave McMenamin.

Players who choose the G League route over college have a year playing with NBA rules and a professional gap unlike college players in their draft class. The Ignite managed to get young players drafted with former Ignite players Jalen Green, Jonathan Kuminga and Dyson Daniels all taken in the lottery. Before the season, the Ignite signed point guard London Johnson to a two-year deal, making it unlikely James would also sign with the Ignite.

On Rivals.com, one of the most trusted scouting sites, Bronny is listed as a four-star recruit and the 60th best recruit in his class. James had a rebound last season after tearing his meniscus as a sophomore, but has dropped back 31 points over the last year.

To see also :
‘Stranger Things’ Season 5 on Netflix: Everything We Know So Far
We will keep track of everything you need to know about the…

What is a 1 star recruit basketball?

The highest is five stars while the lowest is two stars. No one gets one star; you either get two or more or zero. See the article : Breaking News – Prime Video Announces Season Two of “The Ferragnez – The Series”, the Original Italian Show Starring Chiara Ferragni and Fedez | TheFutonCritic.com. But it’s important to remember that basketball recruiting rankings can be inaccurate at times in both directions.

What do stars mean in basketball recruiting? Most recruiting services rank recruits by a number of “stars” with a higher number for higher ranked prospects. Most services use 5 stars for the highest ranked recruits and only a few players at each position reach this rank.

What is a 5 star recruit in basketball?

Who is the 1 ranked high school basketball player?

This may interest you :
YouTube has acquired NFL Sunday Ticket in a major game changer
YouTube will be the new home of the NFL’s Sunday Ticket, Google…

Is Bronny a four-star recruit?

Bronny James is one of the high-profile prospects in the 2023 recruiting cycle as the oldest son of Los Angeles Lakers superstar LeBron James. The four-star combo guard from California recently moved from the No.

Is Bronny Jr a 5 star recruit? Bronny is, basically, a four-star player with a five-star name.

What rank recruit is Bronny James?

24/7 Sports also does a composite ranking â taking the class rankings from several different sites to generate one average number â and James is 45th in the Class of 2023 on that list.

Bronny James is currently a four-star recruit. He was ranked in the top 30 back in May 2022, according to many scouting reports, but his rank has reportedly dropped around 50. He is currently the 7th ranked shooting guard in the projected 2023 NBA draft class.

Who is the best d1 basketball team?

Is Division 1 the best in basketball? Division 1 Schools can have the best varsity athletes, especially in popular sports like football and basketball. There are 350 D1 schools with approximately 6,000 teams, covering a wide array of sports from football to volleyball to golf. Division 1 schools have large budgets and elaborate athletic facilities.

How many D1 basketball teams are undefeated?

Unlike some of the other collegiate sports, the idea of ​​an undefeated college basketball season is possible. It’s no easy task, but seven teams won the national championship with a perfect campaign.

What is the best D1 basketball school?