This year’s FIFA World Cup is the first men’s championship since the Supreme Court’s decision to overturn a federal ban on sports betting in 2018 allowed a growing list of states to legalize the activity.

An estimated 132 million Americans now live in states where sports betting is legal, up from just 10 million at the last World Cup four years ago.

That’s how 20.5 million Americans plan to bet a total of $1.8 billion on the soccer tournament that begins this weekend, according to estimates from the American Gambling Association (AGA).

It’s encouraging to see punters taking legality seriously. The AGA reports that the majority of those who bet – 78% – believe that legal betting is important.

The AGA also encourages punters to take care of their financial security.

“When the World Cup begins, anyone getting in on the action should have a game plan to bet responsibly,” AGA Senior Vice President Casey Clark said in a press release. “That means setting a budget, keeping it fun, learning the odds and playing with legitimate, regulated operators.”

Legal gambling means you may not get into trouble with the law for betting on the World Cup or any other sporting event. But this also means that it will be easier for punters to slip into dangerous habits.

While friendly or even serious sports betting can be a fun way to get into the game, routine gaming can quickly become a problem before the bettor even realizes it. Read also : Best sports bars in Austin: Where to watch football games and more.

“[Gambling] is a hidden addiction — there aren’t that many outward signs,” Keith Whyte, executive director of the National Council on Problem Gambling, told CNBC Make It.

Americans often recognize substance abuse because of the physical, visible effects substances can have on someone’s body, Whyte says. But “there is no substance to gambling, so people misunderstand it as a matter of morality or weak will.”

It is difficult to keep track of the number of Americans dealing with problem gambling or clinically defined gambling addictions due to underreporting, stigma, and gaps in education about problem behaviors. But Whyte says the risk factors that could put more people in trouble are on the rise.

Risk factors can include lying to loved ones about gambling or having difficulty reducing bets, which the NCPG was able to track through surveys.

While these reports aren’t directly linked to an increase in problem gambling or addiction, they still suggest that an increase in the number of gambling venues can lead to a rise in worrisome habits, Whyte says.

‘The odds are always against you’

With sports betting, some may assume that the risk is lower than with gambling such as the lottery or slot machines because people can study the sports they are watching. This may interest you : USC, UCLA moves to Big Ten shows how sports have always changed for money. Or maybe they had some expertise as a player which can help them better predict the results.

But Whyte says the opposite is true, and that this kind of trust can make sports betting more risky.

“Sports betting is considered a game of skill, some people think they’re better at it than others,” says Whyte. “But the more often they bet, the more skilled they become. This can encourage you to chase your losses and persist in playing games far beyond the limits you set, far beyond reasonable losses, and into significant financial harm.”

Ease of access also makes people more susceptible to problem gambling, Whyte says. Before mobile sports betting became generally legal, bettors had to go to a physical sportsbook or work with a live bookie to bet.

“It can be extremely high-speed and high-stakes, with 24-hour or instant access using electronic payments,” says Whyte. “In the long run, the odds are always against you – the more you gamble, the more likely you are to lose.” 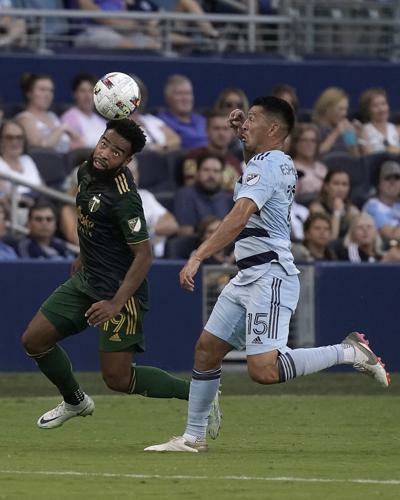 While some states have enacted regulations to try to address problem gambling, Whyte says they are the exception. See the article : Brattleboro Union High School United Sports Nationally Recognized.

“Most countries are either too ignorant of the problems they’re creating or simply indifferent to the problems because their eyes are blinded by windfalls,” Whyte says of gambling safeguards.

“I think countries don’t want to be on the hook for something they see as an individual type of social problem,” he adds.

In this case, it is the responsibility of individuals to protect themselves from risky bets or excessive gambling. That’s one of the reasons NCPR has created a website that offers tips and resources for safe betting, such as setting a strict budget for your bets and encouraging the idea of ​​quitting when it’s no longer a fun experience.

If you or someone you know is showing signs of a gambling problem, you can call or text the National Problem Gambling Helpline at 1-800-522-4700 for free, confidential help available 24/7.

Want to earn more and work less? Register for CNBC’s free virtual event Make It: Your Money on December 13 at 12 p.m. ET to learn from money masters like Kevin O’Leary how you can increase your earning power.

Don’t Miss: 33% of Americans Expect to Go into Debt After Spending on Their Favorite Sports Teams

How often does the average sports bettor win?

What percentage of sports betting should you win? To break even in spread betting (taking into account the standard juice of -110), the bettor must win 52.38% of the time. Anything above 55% is considered highly profitable.

Do most sports bettors lose?

It should be no secret that the vast majority of sports bettors are losers. While sports betting can be extremely profitable for those who decide to take it seriously and learn the proper EV betting techniques, for most people it is simply entertainment.

How often do sports bettors win?

For a bet to be profitable, it must win at least 52.4% of bets. For many, 55% is a good year, 60% is a great year, and 65% is a career year. Eleven percent of daily bettors admitted that they rarely win. Answers like this are a great example of why fairness to results is vital for sports bettors.

How many teams go to Qatar for World Cup?

The 32 teams are divided into eight groups of four. In the opening phase, each team plays once against all the other teams in their group. The top two finishers in each group advance to the round of 16.

When were the World Cup squads announced? All 32 nations had until Monday 14 November to submit their 26-man squads before FIFA officially announced the squads on Tuesday 15 November.

How many teams qualify for World Cup in Qatar?

On the map: 32 teams playing in the 2022 FIFA World Cup From November 20, that excitement will return as 32 teams from around the world compete in the 22nd FIFA World Cup in Qatar.

Who wins qatar or ecuador?

Has Qatar ever won the World Cup?

Who wins qatar vs ecuador?

Why is Ecuador’s goal offside?

Why was the goal offside? The opening goal was ruled out after Pervis Estupinan swung a free kick into the box. Michael Estrada’s right-footed shot was ruled offside after the ball took a deflection off Felix Torres, who challenged Qatar goalkeeper Saad Al Sheeb.