What is the common thread between mRNA vaccinations, genomic drugs, NASA’s mission to the moon and the exploitation of nuclear power? They are all products of the scientific convergence, where knowledge from many scientific disciplines is integrated into new comprehensive knowledge that drives modern civilization. In the last 70 years, convergence has achieved more than what science has combined in all of its past multi-millennial history.

In a new article in American Scientist Magazine, professors Ioannis Pavlidis (University of Houston), Ergun Akleman (Texas A&M University) and Alexander M. Petersen (University of California, Merced) show that despite appearances to the contrary, convergence is not. a new phenomenon that has taken science by storm, but a streak that runs deep into the nature of science.

Over the course of 10 years, researchers have modeled the evolution of convergence by analyzing millions of scientific works using machine learning and other advanced data analytics methods.

In their account, researchers identify different stages in the evolution of science, each characterized by a different form of convergence. First, polymathic convergence, which characterized early science up to the Renaissance period, was illustrated by famous polymaths, such as Aristotle and Leonardo da Vinci. In polymathic convergence, knowledge integration took place in the minds of individual scholars at that time.

This was followed by a period of disciplinary divergence, in which theories developed in specific disciplines were transformed into generalized templates with broader applications – a phenomenon which the authors call convergence through divergence. Darwin’s theory of evolution in biology, used by others to explain economic and social systems, is an example.

Then, through the middle of the 20th century, the era of multidisciplinary team convergence arose, where experts from different disciplines worked together towards a common goal. In multidisciplinary team convergence, knowledge integration has taken place across teams of scientists with diverse expertise. A famous example of this kind of convergence was the Manhattan Project, which introduced humanity into the nuclear era.

Interim results of the study were published in the journals Natural Physics (2014), Science Advances (2018) and Humanities & amp; Social Science Communication (2021). The recent article in American Scientist brings all these developments into a coherent and comprehensive theory.

“This is not the first theory about the fundamental mechanisms of scientific evolution. However, it is the first scientific evolution theory, which is largely based on massive data analysis and modeling, which allows us to not only understand the points of theory for the past ‘prove’., but also appreciates confidence in the theory’s predictions for the future, “Pavlidis said.

Regarding the latter, the team of researchers predicted that convergence would occur in the middle of the 21st.

“Early signs of cyborg team convergence are here and are thoroughly described in our article,” Petersen noted.

Why is technological convergence important?

from https://phys. See the article : President Biden nominates Dr Arati Prabhakar to head the Office of Science and Technology Policy.org/news/2022-06-destiny-science.html

What is convergence and why is it important?

This document is subject to copyright. Except for any fair deal for the purpose of private study or research, no

What are the converging technologies explain with the help of suitable example?

Part may be reproduced without written permission. To see also : U.S. science agencies would see budgets rise under draft budget bills. The content is provided for informational purposes only.

Read also :
Documents and patents become less disruptive over time
Main Although the past century witnessed an unprecedented expansion of scientific and…

What is convergence in physiology?

Technological convergence together with standardization enables transparent and modular communication between different products over the network and the ability to deliver a wider set of them. This may interest you : The impact of COVID-19 on science education. Therefore, manufacturers and software programmers can work in different but coordinated ways [1].

What is convergence in medical?

The simple concept of convergence allows multiple tasks to be performed on a single device, effectively saving space and power. For example, instead of carrying separate devices – such as a cell phone, camera and digital organizer – all technology converges on a single device, or smartphone.

What does convergence mean in physiology?

A good example of technological convergence is the mobile phone, originally designed to make and receive calls, now our mobile phones combine different technologies; make calls, text messages, emails, surf the Internet, take photos and videos (plus much more) from one device.

See the article :
As Omicron goes angry, scientists don’t know what’s to come
© 2022 American Association for the Advancement of Science. All rights reserved.…

What are some examples of convergent evolution?

Convergence allows a neuron to receive input from many neurons in a network. Lateral inhibition. A presynaptic cell stimulates inhibitory internurons and they inhibit neighboring cells in the network.

What is convergence and divergence in physiology? Convergence is the rule that adding small effects, occluding large effects. 10 Further explanation in the text. Divergence combines several effects into a single one. integrated response to an stimulus.

What are 2 examples of convergent evolution?

I propose to define convergence in the health care system as: Providing collaboration between payers and providers to provide public health management, and. Divergent healthcare organizations are becoming similar organizations.

Which of the following is an example of convergent evolution?

Physiology The coordinated inward movement of the eyes to focus on an object at a distance. 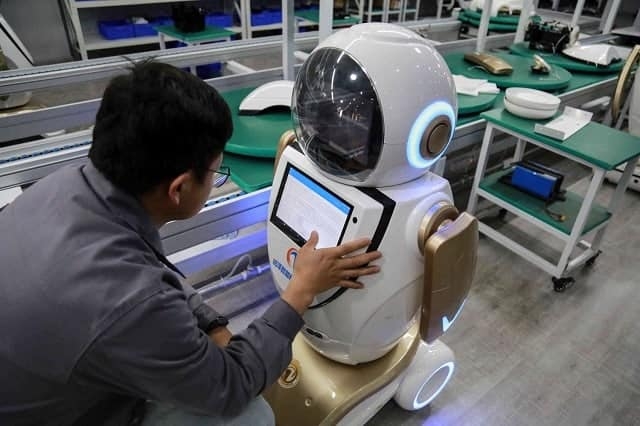 See the article :
China’s Barriers to Becoming a Science Superpower
A future in which China is the dominant scientific power in the…

What is a method scientists use to share information with one another?

Convergent evolution is when different organisms independently develop similar properties. For example, sharks and dolphins look relatively similar, although they are not completely connected.

What are some examples of divergent evolution? In divergent evolution, two or more different species share a common ancestor from which they diverged. A common example is a modern elephant and wool mammoth. They share a common ancestor but have evolved into two different species. Another example is the dog, the wolf and the fox.

What are the examples of scientific method?

What are two methods that scientists use?

Convergent evolution results in an analogous structure to dolphins and sharks, although they are different in origin, but they have a similar body structure, which makes them float in the ocean in the water. So these are the examples for convergent evolution.

Why is it important for scientists to share information with one another?

Scientists often communicate their research results in three general ways. One is to publish their results in peer-reviewed journals that may be ready by other scientists. Two will present their findings at national and international conferences, where other scientists will be able to listen to presentations.