Real estate sales fell 21 percent in the past year

The Los Angeles real estate market is showing signs of being affected by rising levels of inflation and mortgage rates as the year progresses.

New data from Core Logic shows that sales of the real estate market in May 2022 are possibly the worst in 34 years and fell 16 percent from the heights in May 2021, as reported by CBS. Sellers have also begun to cut listing prices because buyers are having a hard time with the rise in mortgage rates and the country’s rising inflation. This has made potential buyers much more cautious about jumping in on a sale.

These price reductions, which are happening not only in Los Angeles but throughout the United States, are a warning sign that the property’s golden period may be coming to an end. Still, this does not necessarily mean that house prices are falling, and even with the current market conditions, most home sales are still being bought for more than the house price.

Core Logic has also reported that average monthly payments in Los Angeles have risen 40 percent from 2021 to 2022. Real estate experts blame the high prices on homes and mortgages for this incident, according to CBS News.com.

Yolanda Cortez, an L.A. agent at the Century 21 Realty Masters, told the Los Angeles Times: “I have buyers who are a little stuck now.” Cortez added that because of rising interest rates, buyers who had other plans are being forced to consider areas like the Antelope or Victor valleys in the high desert, which is 60 miles from downtown Los Angeles.

All of this is causing a domino effect of fewer homes going into foreclosure and an increasing inventory of homes for sale that is causing sellers to make changes. The number of homes for sale that have reduced their listing prices has doubled in the past year. In fact, 16.2 percent of Los Angeles County home ads have lowered their price in the last four weeks. That is an increase from 7.5 in the same period last year.

Altos Research’s founder Michael Simonsen feels that even though there are buyers who are now priced out, he believes that other buyers may have pressed the pause button for various reasons. With increasing inventory, those who can buy have decided not to do so, which has caused a downturn to become real.

Simonsen said, as quoted by the Los Angeles Times, “Buyers know they might be able to wait until the summer and have more choice.”

Is now a good time to buy a house in la? The Los Angeles inventory has also increased by 26.4% from last year, making it the fourth largest increase in annual inventories. If you have money, now is the time to buy. If you are looking for a deal, you should see prices fall a little more over the next few months.

Negative net migration: The housing market in Los Angeles has experienced a decline in population, and 2022 does not appear to be reversing the trend. As home values ​​continue to rise, more and more buyers are being priced out of the market.

Will California home prices drop in 2021?

Are home prices dropping in la?

But price reductions are becoming more common at a time of year when they usually fall or do not rise much at all. In the city of Los Angeles, 17. This may interest you : After COVID, South Korean youth investors exchanged professional shares.5% of the listings had a price reduction per. April 8, up from 14% on March 11, according to Altos figures. 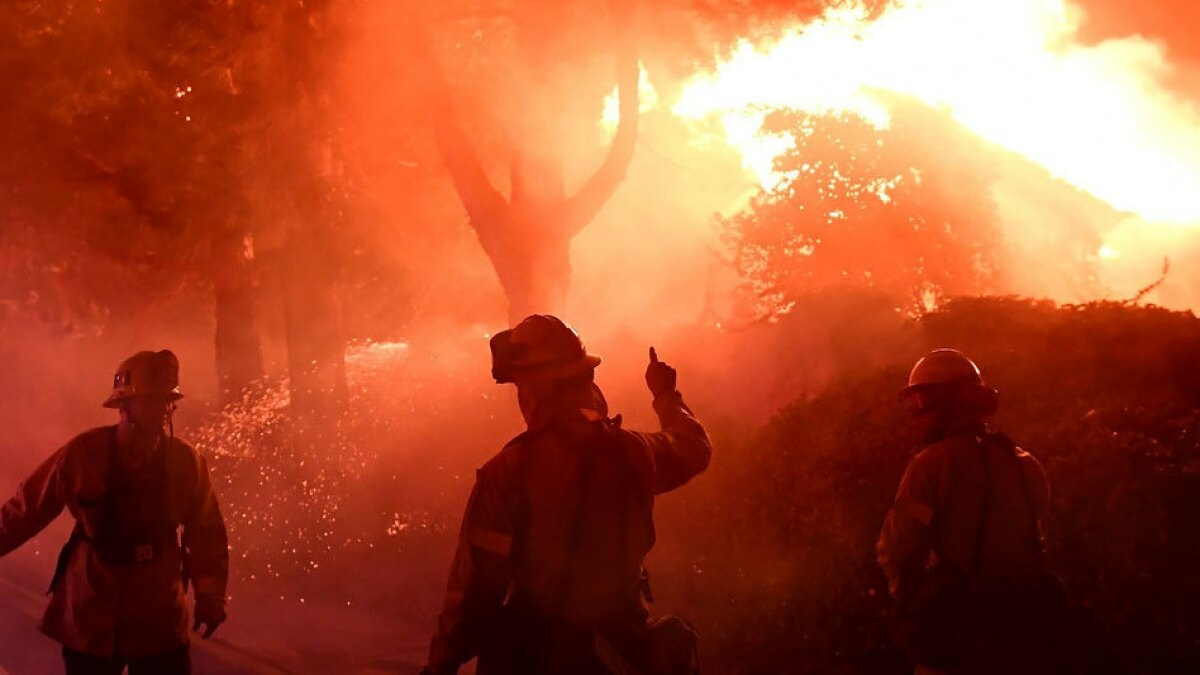 To see also :
Austin’s real estate sector is “getting closer” to normal as the market shows signs of stabilizing
Knock on wood — real estate professionals say Austin’s housing market is…

Although today’s rising house prices and higher mortgage rates can be discouraging for many, Simental says it’s still a good time to buy – at least for the right buyers. “I think 2022 will be a better market because interest rates have risen,” he said.

New figures released by the Canadian Real Estate Association (CREA) revealed that the country’s house price index fell 0.6% between March and April, its first fall in over two years, as resale of homes also fell by 12.6%.

Is real estate falling in Canada?

The country saw a 25.7 percent drop in the number of homes sold over the past year and a 3.8 percent drop in house prices between March and April, the Canadian Real Estate Association said Monday. 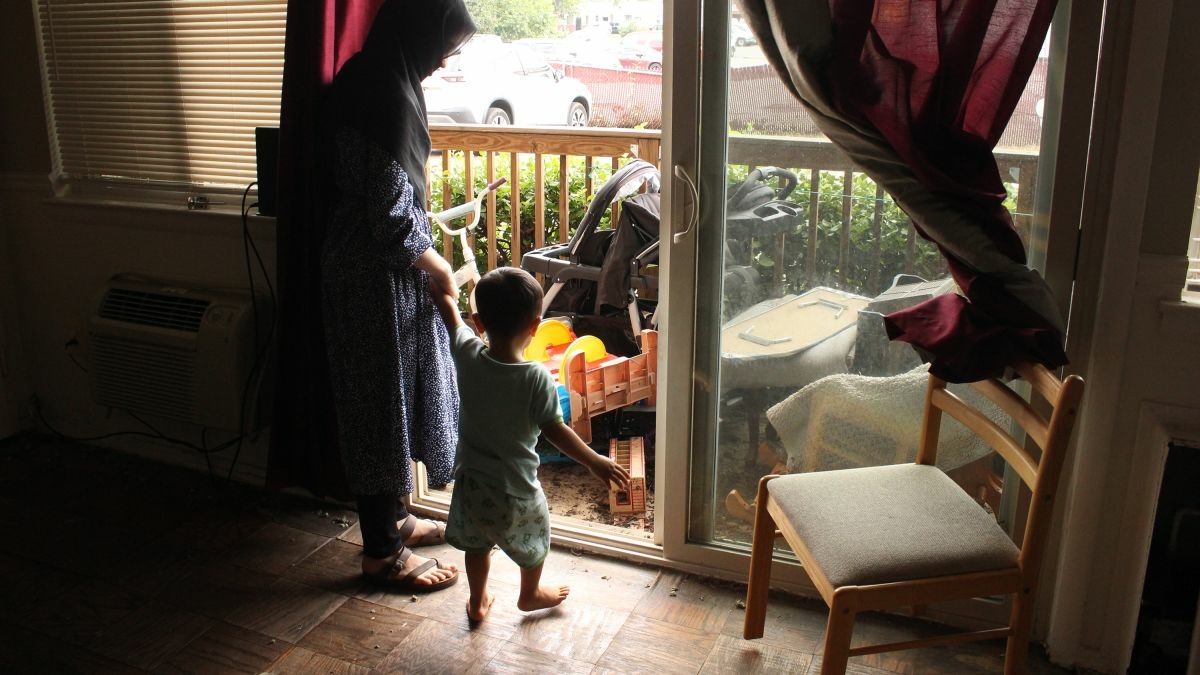 See the article :
Life in the US is not what these Afghans expected
(CNN) Shila rushes into the living room when she hears her nephew…

Will house prices fall later in 2021? Although still historically low, more than double the rate of 1.6% recorded at the end of 2021. Based on these data, Capital Economics has predicted that house prices will rise throughout 2022 before falling by 5% in 2023.

Will housing prices drop in California in 2022?

Negative net migration: The housing market in Los Angeles has experienced a decline in population, and 2022 does not appear to be reversing the trend. As home values ​​continue to rise, more and more buyers are being priced out of the market.

Will the real estate market crash in California?

Most economists believe that a crisis or a collapse in the real estate market will not occur in 2021 or 2022. According to some industry experts, the most likely scenario is that house prices will start to rise more slowly in the coming months.

Will House Prices Fall in California 2022? Across the country, house prices in California are not expected to fall by 2022. But those prospects do not necessarily apply to all cities across the state. Some of the softer markets may experience a leveling of house prices next year or even a slight decline. But overall, house values ​​are likely to continue to rise.

Is the housing market going to crash in California soon?

Despite rising mortgage rates, the housing market will not collapse in the near future. The most likely effect is a slower rate of appreciation. The updated housing market forecast from Realtor.com® has been published as a half-yearly update.

Are house prices going down in California?

Experts say prices are likely to fall sharply nationally soon. And while the rate at which house prices are rising will slow down, it is likely to come because fewer people can afford to trade in a more expensive market.