The William Penn Bank Summer Music Fest at the Bristol Riverside Theater is returning to the Bristol Township Amphitheater (2501 Bath Road, Bristol, PA, 19007) with a schedule that will take audiences on a musical journey through the decades.

The second annual summer concert series is bigger and better than ever, with performances by The Commodores (July 15), Russell Thompkins, Jr. & The New Stylistics with special guest Eddie Holman (July 16), Indigo Girls (August 25), ’70s Flashback (August 26) and culminating with Herman’s Hermits starring Peter Noone (September 9 and 10).

The newly opened outdoor amphitheater seats 4,000 people and has expanded its offerings for this year’s festival to sell beer, wine and other concessions, as well as new premium seating for fans looking for the ultimate concert experience.

Centrally located 30 miles from Philadelphia, Trenton and Princeton, the Bristol Township Amphitheater offers attendees of all ages a natural green space to gather and celebrate the joy of live music.

Tickets are on sale now, starting at $35 for general admission and $75 for premium entry.

Premium admission includes front-stage seating with chairs. General admission participants are invited to bring their own chairs and blankets.

“We’re building on the success of last year’s William Penn Bank Summer Music Fest with bigger and more recognizable artists,” said Ken Kaissar, director of co-production for BRT. “We want these outdoor concerts to stimulate and invigorate the Bristol community. Our goal is to welcome more people to the big party in the park at the Bristol Township Amphitheater, making these shows as accessible as possible. It’s going to be a big summer party, and everyone is invited!”

All shows are done rain or shine and are now on sale at brtstage.org.

The Commodores Friday, July 15, 2022 at 8pm. One of the greatest Motown and R&B/funk artists of all time, Walter “Clyde” Orange of the Commodores, James Dean “JD” Nicholas and William “WAK” King have influenced artists young and old in all genres with their classic songs. After being discovered by Berry Gordy, The Commodores sold over 60 million records to Motown. With hits like “Machine Gun” and “Sail On”, The Commodores became proven artists. For five decades, they remained a force in the music industry. Much like their hit “Brick House,” the Commodores have created a foundation that won’t budge.

Indigo Girls Thursday, August 25, 2022 at 8pm. The Indigo Girls’ debut album sold over two million copies under the power of the singles “Closer to Fine” and “Kid Fears” and turned the Indigo Girls into one of the most successful folk duos in history. Over a 35-year career that began in clubs around Atlanta, Georgia, the Grammy-winning duo recorded sixteen studio albums (seven gold, four platinum and one double platinum), sold over 15 million disks and built a , resisting next.

Flashback to the 70s Friday, August 26, 2022 8pm From the Rolling Stones and David Bowie to Fleetwood Mac and Earth, Wind, & Fire, 70’s Flashback invites you to step back in time as they bring the soundtrack of a generation to life. Its high-energy, paralyzed performance will have you singing all the iconic lyrics, dancing in the aisles and reliving the groov era of music.

Herman’s Hermits starring Peter Noone Friday, September 9 & Saturday, September 10, 2022 at 8pm. Legendary ’60s pop band Herman’s Hermits, starring Peter Noone, brings classic hits like “I’m Into Something Good”, “Mrs. Brown, You’ve Got A Lovely Daughter” and “There’s A Kind of Hush” on stage at the William Penn Bank Summer Music Fest 2022. Herman’s Hermits has sold over sixty million recordings. In all, 14 singles and seven albums went gold. The Hermits were twice named Cashbox’s “Host of the Year”. No one has a legion of loyal fans (known as “Noonatics”) whose loyalty is unparalleled.

Does Harry Styles go to Coachella?

Did Harry Styles Cancel Coachella? Coachella and Stagecoach Canceled, Harry Styles Postpones Love On Tour | Billboard News. The Coachella Valley Music and Arts Festival and the country music festival Stagecoach will not take place this year due to state and city restrictions, Billboard can confirm.

Which Coachella Live is Harry Styles on?

At Coachella Weekend 2 (April 22-24), you can watch a variety of artists on the live stream, including Harry Styles, Billie Eilish and the Weeknd and Swedish House Mafia.

Who joined Harry Styles at Coachella 2022?

Music | Coachella 2022: Harry Styles brings Lizzo on stage to join him for Weekend 2. To see also : The 5 best summer music festivals to travel to in 2022.

See the article :
The 7 best things to help you discover new music
Finding a new artist or band you love is a wonderful feeling,…

Who Cancelled at Coachella?

Why did Kanye drop out of Coachella? The source said West didn’t want to take the stage in the midst of his divorce battle with Kim Kardashian and after his one-sided feud with “Daily Show” host Trevor Noah. In recent weeks, West has taken to social media to air his grievances about co-parenting issues with Kardashian.

Kanye West walked out of his Coachella sets, just over a week before the festival’s first weekend kicks off in Southern California. The news was confirmed by music industry publication Billboard on Monday, April 4.

Who backed out of Coachella?

(CNN) — Kanye West has dropped out of headlining Coachella, a source close to the artist confirmed to CNN on Monday. West, who now goes by Ye, was chosen to headline the Coachella Valley Music and Arts Festival, along with Billie Eilish and Harry Styles. 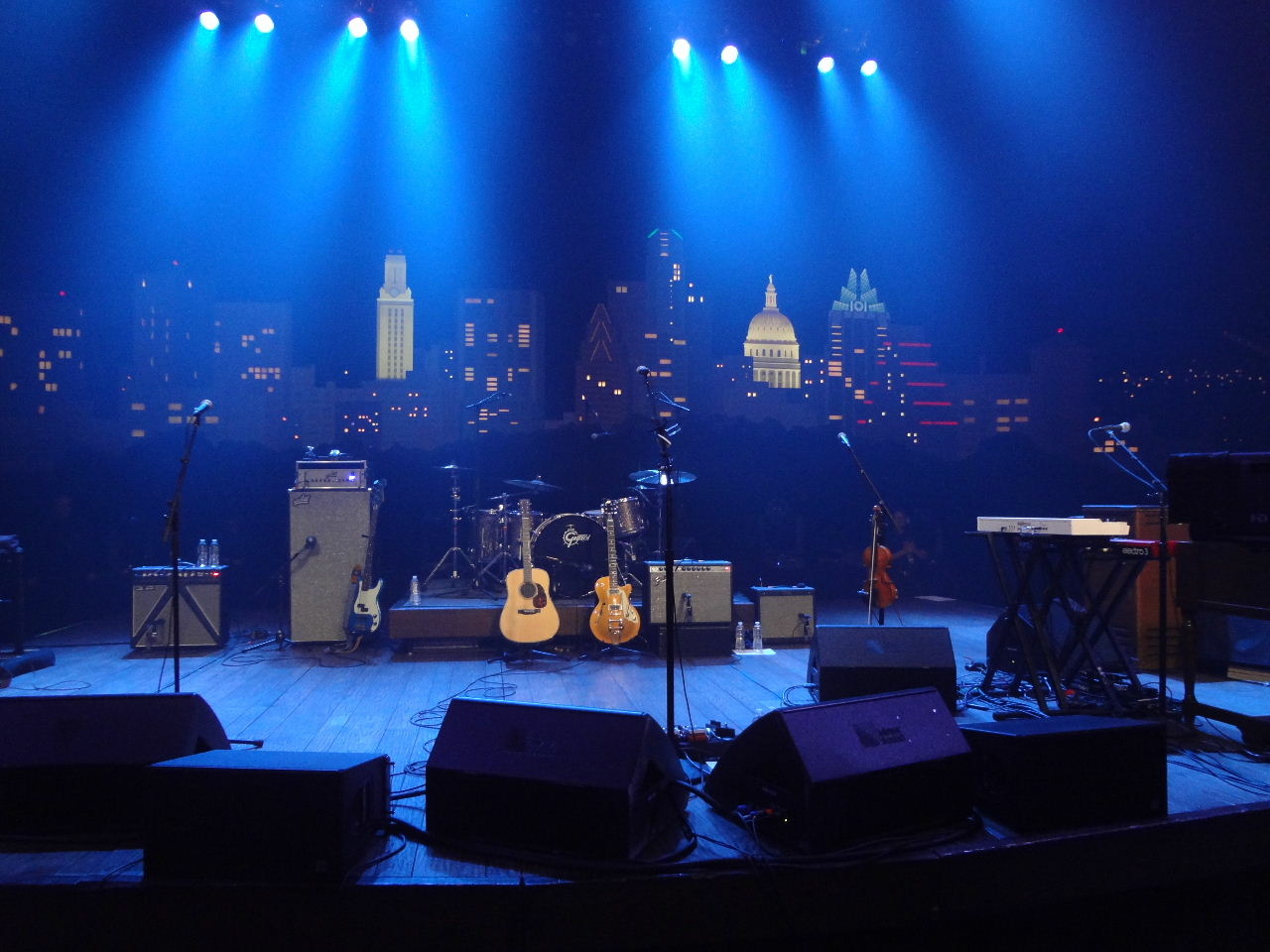 See the article :
Music census leaders try a new approach with lessons from other cities
Wednesday, August 10, 2022 by Chad SwiateckiAustin’s second attempt to use a…

Where will Coachella 2022 be held?

Who will perform Coachella 2022?

Is Coachella 2022 in Palm Springs?

Coachella Music and Arts Festival 2022 is officially on the books. It was a busy two weekends for the East Valley, while Palm Springs felt just a little of that Coachella buzz. Many companies were prepared for the increase in customers.

This may interest you :
The vision behind the Cincinnati Black Music Walk of Fame
Considering the influence of African Americans on the music industry, Detroit and…

Will Coachella 2022 be streamed?

How can I watch Coachella 2022? For the tenth year, YouTube will host a Coachella live stream for two weekends. This year’s live stream will be available to watch on desktop, mobile, smart TV and the YouTube Music app.

Will Coachella Weekend 2 be broadcast? How and where to tune in for the weekend 2. Music fans everywhere can tune in to this weekend’s live stream on their desktop, mobile, living room, or the YouTube Music app. Coachella’s curated schedule and times can be found in each channel’s description now at www.youtube.com/Coachella.

Do they livestream Coachella?

Experience more Coachella wherever you are. Watch the live stream both weekends, starting April 15th and 22nd at 4pm PT at youtube.com/coachella. Sign up now and turn on notifications for an unmissable digital experience, including live chat, in-stream shopping experiences and exclusive artist interviews.

Coachella 2022 will be available to stream on YouTube for the tenth year in a row. While communal crying during a Phoebe Bridgers set is exclusive to in-person shows, the two-weekend live stream comes with its own set of perks, from artist interviews to Fortnite sweepstakes and merchandise.