This is a carousel. Use Next and Previous Buttons to navigate

Mair Alsgaard, from Midland, poses from her piano in her home studio in this 2019 file photo. Alsgaard died on June 17, 2022.

Mair Alsgaard, from Midland, plays the piano in her home studio in this 2019 file photo. Alsgaard died on June 17, 2022.

Mair was born on December 24, 1931 in Cardiff, Wales, the only child of David and Eluned (Phillips) Godwin. She grew up in the coal mining village of Six Bells, Abertillerie, where she developed an interest in music. She took piano lessons and participated in competitions, winning many awards.

Jim Hohmeyer from Midland, a friend of Mair’s, recalls the stories she shared about her piano lessons. Employees were required to memorize a piece of music; although Alsgaard remembered the music, she could not do it unless the music was in the area. Fortunately, she found a solution.

Mair attended Weymouth College, where she earned a degree in music. While in college, she traveled to Saginaw to visit family. During her visit, her aunt took her on a blind date with Richard Alsgaard, a graduate of the University of Michigan. The two continued to correspond by mail after Mair returned to Wales and while Richard served in the US Army. Two years later, Richard proposed to Mair over the telephone; she moved to Saginaw and married on October 9, 1954.

“Moving from Wales to the US at an early age was not easy, I’m sure,” Nye said. “When they first started, they did not have a lot of money.”

Alsgaard’s first son, David, was born ill, so Richard and Mair treated him at Henry Ford Hospital. Richard worked for Dow Corning, but the company did not provide health insurance for newborns. To pay the medical bills, Mair got a job as a social worker in the surrounding rural areas.

A fire of life for Mair is set for 11 a.m.-3 p.m. Saturday, August 20 at Midland County Club. Arrangements are by Ware-Smith-Woolever Funeral Directors.

After a few years, she started learning piano from her home and continued for over 60 years. Mayer has been conducting piano lessons this spring, connecting with her students via zoom during the pandemic.

“She influenced a ton of kids with her love of music,” said David Alsgaard, her son.

Mair’s commitment to music continued as she served as music director for Blessed Sacrament Church for 19 years, was the music and liturgy director for St. Louis. After her retirement, she was until the spring of 2022 organist and music director at Bishop Church St.

Amon Eady, director of music at St. He talked about Mair’s commitment to her work and how he enjoyed her dry sense of humor.

“She was in church every day until she could not physically,” Eady said.

One of Eady’s favorite memories was during the pandemic going to the Mayer House to broadcast Sunday church services on television. They would rotate who offered bagels, donuts or breakfast sandwiches.

Hohmeyer first met Maier when he was director of the Music Society at the Midland Center for the Arts. She encourages him to join the Michigan Music Teachers Association; today, he is deeply involved with the organization team and oversees the organization’s student performance test.

“She was very good at engaging people in musical organizations,” Hohmeyer said.

Mair continued her passion for music by joining the Saginaw Valley chapter of the American Guild of Organists, serving as chair of the Midland Symphony Board and chairing the Symphony League twice. She has also been involved with the Board of Community Concerts, Midland Historical Society, the Leadership Committee for Matrix Midland and Friends of the Grace A. Dow Memorial Library.

“She was very fair and generous. She always cared more about other people than herself. She always liked to go back and felt like that was a higher reputation,” David said. “Mom had the inability to say ‘no’. When someone asked her for help or volunteered or replaced her, she was right there.”

“I think about how many lives she has touched, not just as a wife and mother, but as a choir director, organist, social worker, friend and teacher,” Nye said. “She always taught me to be nice to people.”

A fire of life for Mair is set for 11 a.m.-3 p.m. Saturday, August 20 at Midland County Club. Arrangements are by Ware-Smith-Woolever Funeral Directors. 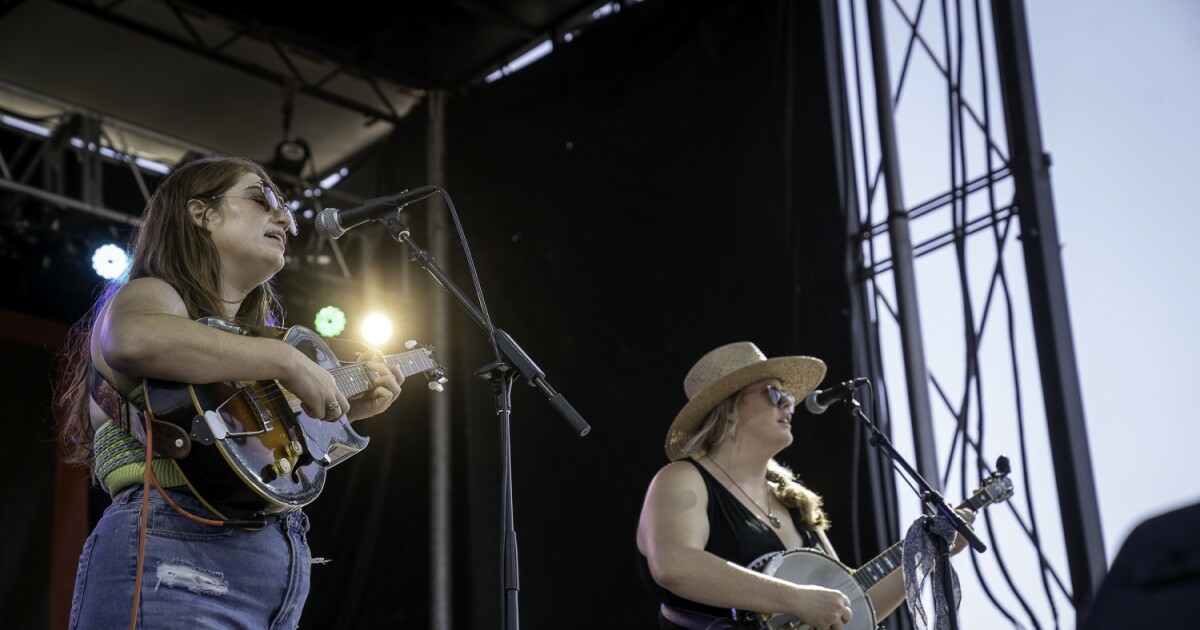