The World Health Organization on Saturday refused to declare an unprecedented epidemic of monkeypox that has spread around the world as a public health emergency.

The Emergency in Public Health of International Importance, or PHEIC, gives the WHO Director-General certain powers, such as the ability to recommend how countries should respond. While it is a legal lever that an agency can use, it is also a tool that can attract public attention and direct it to try to respond to growing health threats. Such a declaration could further bring together donors and member states to increase funding.

The WHO may reconsider its decision. In January 2020, for example, the WHO did not declare a new crisis with the coronavirus PHEIC, only to do so a week later.

The announcement came after the WHO Emergency Committee met on Thursday to discuss the epidemic. About 3,000 cases have been documented since mid-May, mostly in Europe and America – outside the region of West and Central Africa where the virus is endemic and has animal reservoirs. Most cases have been in homosexuals, bisexuals, and other men who have sex with men, and many occur in men who have recently had multiple sexual partners. One death was reported in an immunocompromised person.

Despite the decision of PHEIC, the Director General of the WHO, Tedros Adhanom Gebrejesus, tried to underline the seriousness of the threat, emphasizing that the convening of the emergency committee is a sign of that. In a statement, Tedros noted that the epidemic is an “obviously evolving health threat” that “requires our collective attention and coordinated action now.” But he said the commission that advised him on the issue had decided the epidemic did not yet represent PHEIC, and he agreed.

“What makes the current epidemic particularly worrying is the rapid, continuous spread to new countries and regions and the risk of further, continuous transmission to vulnerable populations, including immunocompromised people, pregnant women and children,” Tedros said in a statement. “It is therefore urgent that all Member States, communities and individuals accept the recommendations of the Committee for enhanced surveillance, improved community diagnostic engagement and risk communication, and the appropriate use of therapies, vaccines and public health measures, including contact monitoring and isolation.”

In a summary of the committee’s discussion, the WHO said the group acknowledged that aspects of the epidemic were unusual and that the response clearly required international efforts, but that “although several members expressed differing views”, the committee reached a consensus that the epidemic was not PHEIC. The committee said it should reconsider the decision depending on whether cases accelerate in the next few weeks; more countries are starting to report cases; if there is an increase in cases in other groups of people, including sex workers; and if there are any signs the virus becomes more transmissible or begins to cause a more severe illness.

PHEIC (pronounced “fake”) describes an extraordinary or unusual health threat that poses a risk to other places through international proliferation and requires a coordinated response. PHEICs are usually declared when urgent international action is needed.

PHEIC is not the same as a pandemic. The first is a technical mechanism that the WHO can use, while the second is the rhetorical recognition of the huge global spread of the disease. When the WHO started talking about Covid-19 as a pandemic, for example, it was a reflection of the scale of the crisis, not a move that gave the agency more power.

The WHO is working to ensure a fair distribution of vaccines and drugs that can prevent and treat smallpox. These vaccines and treatments are in limited supply and countries in Europe and America are trying to procure more.

In the past, smallpox infections seen outside countries where the virus is endemic were usually imported cases or involved limited household transmission. This is the first time that the virus has begun to circulate more widely in other countries.

Gregg Gonsalves, an associate professor of epidemiology at the Yale School of Public Health, disagreed with the WHO decision, which he called a “punt”. He said he believes the criteria have been met and that the PHEIC declaration could have encouraged public health authorities to step up their response and better coordinate between countries.

Gonsalves served as an adviser to the emergency committee, but had no say in whether to recommend a PHEIC.

“The spreading epidemic of this disease is not good for anyone,” he said, noting that African public health officials have been saying for years that monkeypox needs more global attention. “We are not currently at the top of our game with monkeypox, at least in the United States,” he added, pointing to the vague surveillance system and limited vaccine use.

The virus is spread by close contact, mainly through respiratory droplets or direct exposure to lesions or contaminated clothing or bedding.

Some countries have begun vaccinating contacts of people with infections, and some have recently expanded eligibility criteria, and health officials in the United Kingdom, parts of Canada and New York are offering vaccines for wider groups of men who have sex with men.

Although the number of documented cases has recently increased, genetic analyzes suggest the virus may have circulated among people at low levels for several years before taking off.

In the current epidemic, the United States has reported 200 cases of monkeypox, although public health experts are concerned that the number does not reflect the true extent of the virus. Germany has identified more than 675 cases, Portugal more than 300, and the UK more than 900.

South Africa also reported a case on Thursday with a person who did not have a recent travel history.

Separately, the United States announced Wednesday that it has begun sending monkeypox tests to five commercial lab companies to expand testing. Raw testing capacity in the country was not a key issue, but clinicians and advocates reported that the process of obtaining the test – which included contacting local health services and a two-step testing regime – was too complicated and made it difficult for individuals to find clinics willing to provide tests. .

The PHEIC label was created in the update of the International Health Regulations after the outbreak of SARS 2002-2003. The regulations, agreed by WHO member states, are designed to help the world respond to threats to public health while avoiding “unnecessary interference in international traffic and trade,” according to the WHO.

The first PHEIC was declared the 2009 H1N1 flu pandemic, and the others included an Ebola outbreak and the Zika epidemic. The two active PHEICs are for Covid-19 and continuous transmission of polio.

Where did monkey pox start?

The final source of infection was found to be imported Gambian rats that transmitted the infection to prairie dogs. To see also : Researchers develop antimicrobial, plant-based food package designed to replace plastic: Starch-based fibers improve protection and reduce damage. There were no human deaths, although three children suffered a serious illness.

Where did the name of the monkey goddess come from? The monkeypox was named after it was first discovered in laboratory monkeys in 1958, when two outbreaks of the disease occurred in monkey colonies. The first human case of monkeypox was identified in the Democratic Republic of Congo in 1970.

When did monkey pox first appear?

Smallpox was first discovered in 1958 when two outbreaks of smallpox-like disease occurred in colonies of monkeys held for research. Although it is called “monkey goddess”, the source of the disease remains unknown. However, non-human African rodents and primates (such as monkeys) can carry the virus and infect humans.

Where is monkey pox from?

Where is the first case of monkeypox?

The North Carolina Department of Health and Welfare reports the first case of monkeypox virus infection in a North Carolina resident, which was identified by testing at the State Public Health Laboratory. On the same subject : Health officials say monkey goats are spreading locally at major events in LA County.

How many monkeypox cases are there in the UK?

Where are the most common apes? It is found mainly in areas of Africa, but has also been seen in other parts of the world. It causes flu-like symptoms such as fever and shivering, and a rash that can take weeks to clear. There is no proven treatment for monkeypox, but it usually goes away on its own.

How can you get monkey pox?

What countries have monkeypox?

In addition, almost 1,500 suspected cases of monkeypox and about 70 deaths have been reported so far this year in Central Africa, primarily in the Democratic Republic of Congo, but also in the Central African Republic and Cameroon. Several of these cases have been confirmed, and little is known about their circumstances.

See the article :
WHO: Monkey pox is not yet a global health emergency
The World Health Organization on Saturday refused to declare the unique Monkeypox…

Can monkeypox be fatal?

Smallpox can be fatal at times, especially in poor places with inadequate health care, and are closely linked to smallpox, which has plagued humans for millennia.

What are monkeypox and how to get it? Monkeypox spreads in different ways. The virus can be spread from person to person: by direct contact with an infectious rash, scabs, or body fluids. respiratory secretions during prolonged face-to-face contact or during intimate physical contact, such as kissing, cuddling, or sex.

What does monkeypox do to the body?

A rash that may look like pimples or blisters that appear on the face, inside the mouth, and on other parts of the body, such as the hands, feet, chest, genitals, or anus. The rash goes through different stages before it completely heals. The disease usually lasts 2-4 weeks.

Does monkeypox cause death?

Are monkeypox deadly? The less heavy West African log is causing the current global epidemic (2022). No one has died since this epidemic. But smallpox can lead to other problems (complications) such as pneumonia and infections in your brain (encephalitis) or eyes, which can be fatal. 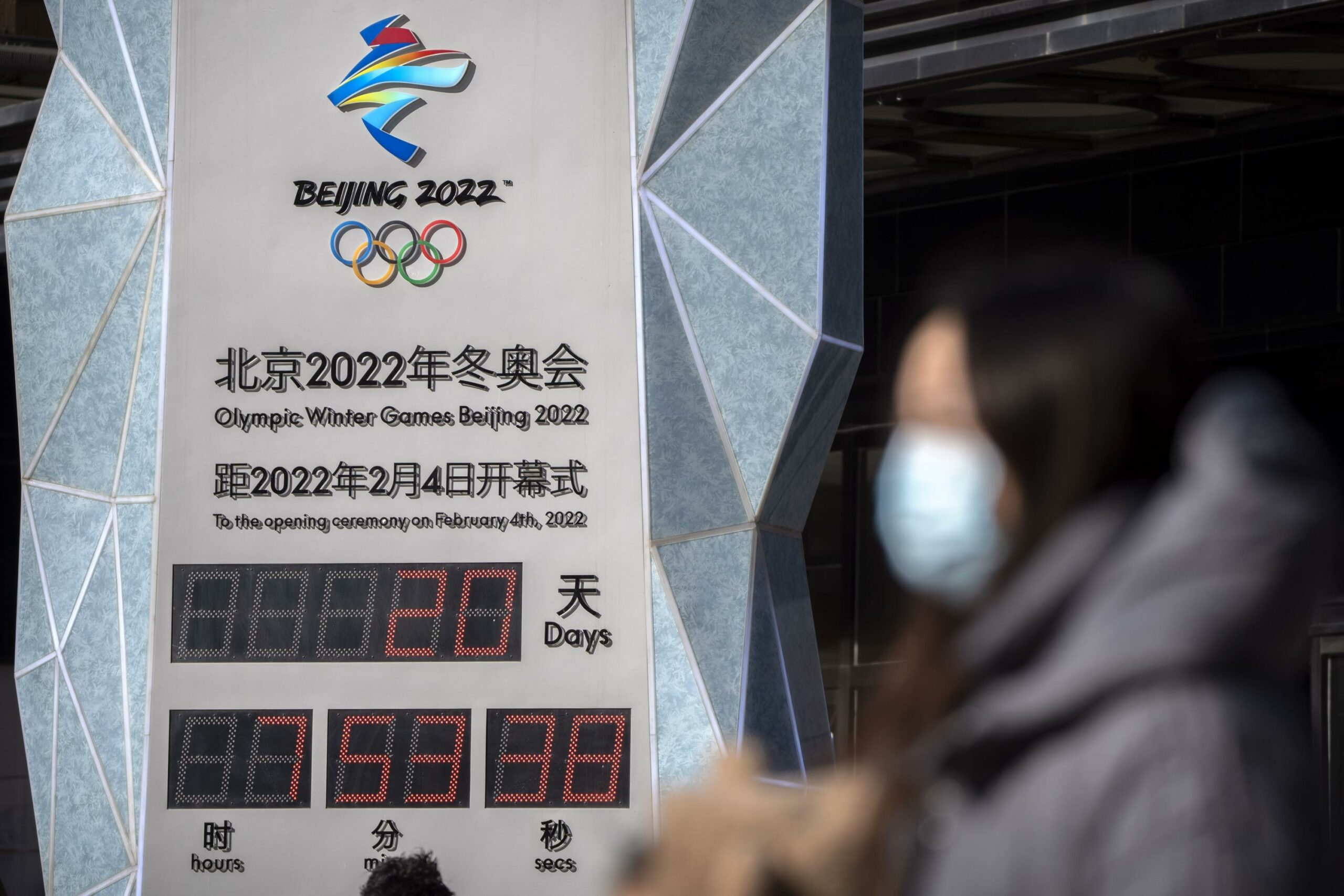 Read also :
In China, science-based approaches to the virus are being sidelined
Beijing (CNN) China’s Covid strategy was ahead of the curve at the…