After a series of mixed messages, Michigan’s largest health care system on Saturday night officially reversed course on its stance on abortion, saying it will continue its practice of providing abortions when medically necessary.

The BHSH System messages arrived after the US Supreme Court struck down Roe v. Wade on Friday. The health care system initially said it would follow the guidance of Michigan’s 1931 abortion law – which is currently unenforceable under a temporary injunction – and would only allow termination of pregnancy when necessary to preserve the life of the pregnant person.

Hours later on Friday, BHSH System President and CEO Tina Freese Decker sent a second message to employees to provide “additional clarity”, saying that “we will continue to provide high quality reproductive care to all women in Michigan Both Beaumont Health and Spectrum Health have historically performed abortions when the mother’s life was at risk and the BHSH System will continue to do so.”

Late Saturday night, the health care system announced that it was reinstating its practices to terminate pregnancies when medically necessary.

“After extensive evaluation and in-depth discussion, and always using compassion as our guide, we evolved our approach. We continue to count on the full support of the BHSH System Board.

“Currently, the current legal landscape regarding abortion in our state is uncertain and uncertain. We are aware of the Michigan law of 1931. However, given the uncertainties and confusion surrounding its application, until there is clarity, we will continue our practice. to provide abortions when medically necessary,” the update stated.

The health care system said it continued to believe that “these decisions are personal and private and should be made between a woman and her doctor.” He said about 60 therapeutic and medically necessary abortions that required hospital-level care were performed last year in the BHSH System.

The system is a merger of Grand Rapids-based Spectrum Health and Beaumont Health, which serves southeastern Michigan.

“We do not and will not perform elective abortions. We continue to care for women’s health, including reproductive needs. We will support our physicians and patients through a multidisciplinary local committee as they navigate this challenging landscape,” the statement read.

“We urge the Michigan courts to bring clarity as soon as possible.”

The health system update was sent to all employees and posted on the Beaumont Health and Spectrum Health websites, said BHSH system spokesperson Mark Geary. When asked why the health care system reversed course, he referred to the statement.

Despite Roe being overthrown, abortion remains legal in Michigan — for now — because of an injunction that bars enforcement of state law that prohibits it in all cases except to save the life of the pregnant person.

It is unclear where the courts will take the issue in Michigan, leaving healthcare systems, including the BHSH System, facing an uncertain legal landscape.

In the first message to employees obtained by the Free Press on Friday, Freese Decker said: “Previously, the BHSH System’s policies and procedures generally permitted termination of pregnancy on medical grounds, such as when necessary to prevent serious risks to the woman’s health or in situations where the fetus is unlikely to survive.

“With the Supreme Court’s decision, the new policy and practices of the BHSH System will follow the guidance of the Michigan law of 1931 and will only permit termination of pregnancy when necessary to preserve the woman’s life.”

On Twitter and in an emailed statement received after 10pm. On Friday, U.S. Representative Andy Levin of D-Bloomfield County urged BHSH System “to reverse this policy immediately, to continue to allow their providers to provide patients with the health care they are entitled to.” accordance with current law, and not circumvent the courts.”

“We must be very clear: abortion is still legal in Michigan. Judge Elizabeth Gleicher granted an injunction to halt application of the 1931 law if Roe v. Wade was overthrown,” said Levin, a member of the Pro-Choice Caucus.

Late Saturday night, Levin said on Twitter: “I am grateful that Beaumont-Spectrum has changed course. We must continue to make it clear that abortion services remain legal and available in Michigan, and I encourage healthcare providers to provide pregnant women with full range of reproductive services”.

Plus: These Michigan prosecutors won’t charge women who have abortions or doctors who perform them

Other health systems are also making decisions or in discussions based on the new legal landscape following Roe’s ouster.

More: The decision to overturn Roe v. Wade changes everything

Michigan Medicine said on its Facebook page on Friday that it would continue to offer reproductive services, including abortion assistance. He said he mainly provides abortions for patients who need hospital-level care.

“Many of the patients we see are diagnosed with fetal anomalies or experience other complications that make pregnancy and childbirth dangerous, or have serious underlying illnesses or other needs that make abortion care in an outpatient setting impossible,” he said. “Our commitment is to be at the side of those who need the specialized service that we can offer.”

Henry Ford Health said in a statement that, as healthcare providers, “we have an unwavering commitment to the health and well-being of those we serve and a responsibility to approach this issue through the lens of what is in the best medical interest. of our patients and their families.

“Sometimes these patients are faced with painfully complex scenarios – even life-threatening – and they turn to us as their trusted health advisors to guide them – or sometimes save them – through our capabilities in medicine. laws come from the overthrow of Roe v. Wade, our unwavering dedication to supporting people throughout their entire health journey remains.”

Abortion in Texas is illegal. As of September 1, 2021, abortion is illegal in Texas once a fetal heartbeat can be detected. The Texas Heartbeat Act prohibits abortion when there is a detectable heartbeat, which can be as early as 6 weeks into a woman’s pregnancy.

What is the new abortion law?

In 2021, the MTP Amendment Act 2021 was passed with some amendments to the MTP Act, including all women who can seek safe abortion services due to contraceptive failure, raising the gestation limit to 24 weeks for special categories of women and opinion of a provider required up to 20 weeks of…

Who approved Roe vs Wade? The 7-2 decision caused Chief Justice Warren E. Burger and six other justices to vote for “Jane Roe” and Justices William Rehnquist and Byron White to vote against. Read also : Dr. sets. Kekoa Taparra emphasizes the importance of data disaggregation in Pacific Island health. The decision divided the United States and is still controversial. People split into pro-life and pro-choice groups.

Did the Supreme Court legalize abortion?

On January 22, 1973, the Supreme Court issued a 7-2 decision in favor of “Jane Roe” (Norma McCorvey) holding that women in the United States had a fundamental right to choose whether to have abortions without excessive government restrictions and strikes. the ban on abortion in Texas as unconstitutional.

What did the Supreme Court just do?

Supreme Court overturns Roe v. Wade in landmark decision WASHINGTON — The Supreme Court on Friday overturned the landmark decision Roe v. See the article : From retro to tech, Michigan drivers will get new license plate options. Wade that guaranteed the constitutional right to abortion, a major break from half a century of decisions on one of the most controversial issues.

Read also :
Is it legal to travel for an abortion in Dobbsie?
The US Supreme Court’s June 24 decision in Dobbs v. Jackson Women’s…

How many countries have legal abortion?

Has the Supreme Court legalized abortion? On January 22, 1973, the Supreme Court issued a 7-2 decision in favor of “Jane Roe” (Norma McCorvey) holding that women in the United States had a fundamental right to choose whether to have abortions without excessive government restrictions and strikes. the ban on abortion in Texas as unconstitutional.

What did the Supreme Court just do? 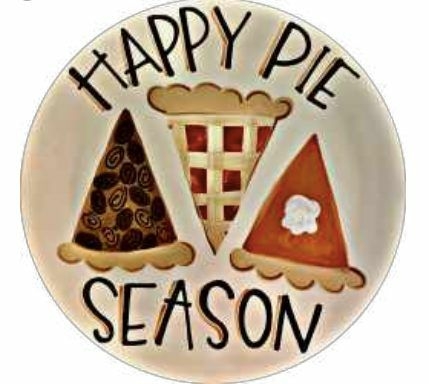 On the same subject :
Bronco Athletic Fund Hosts Excellence in Women’s Sports Lunch
If you would like more information or have any questions about our…

Is abortion legal in Russia?

Abortion in Russia is legal as an elective procedure until the 12th week of pregnancy and, in special circumstances, at later stages.

Is abortion legal in Alabama?

Abortion in Alabama is illegal. Under Section 26-23H-4 of the Alabama Code, in the US state of Alabama, it is illegal for an abortion to be performed unless it is deemed absolutely necessary to avoid a serious risk to the woman’s health. There are no exceptions for rape or incest.