There is a hidden ingredient used as a whitener in a wide range of foods, from candy and pastries to cheeses and chewing gum. It is called titanium dioxide and, although commonly used in the United States, it has been banned in the EU as a possible carcinogen.

The additive, also known as E171, joins a host of other chemicals that are banned in food in the European Union but permitted in the United States.

These include azodicarbonamide, a bleaching agent found in foods such as bread, bagels, pizza and sweets in the United States, which has been banned in the EU for more than a decade. Known as the “yoga mat” chemical because it is often found in foam plastic, the additive has been linked to asthma and respiratory problems in exposed workers and, once cooked, to cancer in mouse studies.

Potassium bromate, an oxidizing agent often found in bread and doughs and linked in animal studies to kidney and thyroid cancers, has been banned in the EU since 1990 but is still commonly used in the United States. Brominated vegetable oil is also banned in the EU, but is used as an emulsifier in citrus sodas and beverages in the United States. Long-term exposure has been linked to headaches, memory loss, and impaired coordination.

The Food and Drug Administration classifies these food chemicals, and many others banned by the EU, as “generally recognized as safe”.

Chemical safety processes in the EU and the US work in completely different ways. Where European policy tends to take a precautionary approach, trying to prevent damage before it happens, the United States is generally more responsive.

There is more of a “wait-and-see approach,” said Tatiana Santos, head of chemicals at the European Environmental Bureau (EEB), a network of environmental citizen organizations. “The US often waits for the damage to be done and the EU tries to prevent it to some extent. It often seems that the United States prefers the market to protection. “

The EU decision to phase out titanium dioxide came after a reassessment of the safety of the food additive conducted by the European Food Safety Association (EFSA), an agency that provides independent scientific advice to the EU on related risks to food.

EFSA scientists looked at nearly 12,000 scientific publications. They were particularly interested in recent research into the “genotoxicity” of titanium dioxide nanoparticles: their ability to damage DNA and lead to cell mutations, potentially causing cancer. In animal studies, nanoparticles have been found to affect microorganisms in the gut, which could trigger diseases such as intestinal and intestinal inflammation and colorectal cancer.

EFSA’s Panel on Food Additives and Flavorings found that concerns about the genotoxicity of nanoparticles, which accumulate in the body over time, cannot be excluded, meaning that it could no longer be considered safe as a food additive.

Unlike the EU, the US does not have agencies such as EFSA that offer independent scientific evaluation of new chemicals placed on the market. And while the EU has constantly updated its methods and processes for evaluating new chemicals, some experts say the US system, established more than half a century ago, needs to be updated.

EU-funded EFSA was created in 2002 to determine existing and emerging risks in the food chain. European manufacturers interested in the use of new chemicals must undergo EFSA’s scientific assessment, which analyzes the manufacturing process, proposed uses and toxicity to humans, among other factors. EFSA then provides scientific advice to the European Commission, Member State authorities and the European Parliament.

Although there have been previous criticisms of conflicts of interest, an EFSA spokesperson said the body had “a rigorous set of internal mechanisms and work processes to safeguard the independence of our science”.

In the United States, the Food Additives Amendment was created in 1958 after public concern about the safety of food chemicals. All new food chemicals had to be evaluated and approved by the FDA, although chemicals already in the food system prior to the amendment had not been reevaluated.

In the case of additives such as titanium dioxide, manufacturers petition the FDA for its approval by submitting evidence that the substance is safe for its intended use. The FDA evaluates the application and will authorize the additive if it concludes that the data provided demonstrates the substance is safe to use.

This is “a clear conflict of interest,” said Thomas Galligan, principal scientist for food additives and supplements at the Center for Science in the Public Interest and the nonprofit Consumer Advocacy Group. “Of course [the companies] will want to say it’s safe.”

An FDA spokesperson said that in addition to the manufacturer’s testing, the organization will perform its own “review of literature and other relevant information.”

In addition to the lack of an independent assessment, guidance on how to conduct these food safety assessments has not been updated by the FDA since 2007.

“So even when these chemicals are evaluated, they don’t use modern science in those evaluations, while the EU updates their guidelines fairly regularly,” Galligan said. “There has been a lot of research into toxicology over the past 15 years that hasn’t necessarily been implemented by the FDA.”

Galligan said this includes a better understanding of how different chemicals interact and how exposure to multiple chemicals can have a more significant impact on someone’s health than exposure to each one alone.

Most serious diseases like cancer are multifactorial, said EEB’s Santos. “You can get cancer for many different reasons and one of them is exposure to carcinogens. We are exposed to hundreds of chemicals every day. It is so difficult to prove in hindsight, though, that a certain chemical is the reason for causing, say, cancer, and that is why a precautionary principle should be used ”.

An FDA spokesperson said that “the organization’s safety assessment of food additives and dyes is based on the most recent science available at the time and this includes information made public by other regulatory bodies.”

He says titanium dioxide is safe based on current evidence. “The available safety studies do not demonstrate safety concerns related to the use of titanium dioxide as a color additive,” said the FDA spokesperson.

The American Chemistry Council (ACC), an industrial body representing US chemical companies, said in a statement: “EFSA’s assessment did not conclude that E171 is genotoxic, but identified uncertainties with the need to investigate. further on the effects of the substance “. The association added that the industry “is investing in new science to generate data to confirm the safety of the E171.”

The global titanium dioxide market was valued at $ 17.19 billion in 2020 and is expected to grow by more than 6% over the next five years.

The EU phase-out of titanium dioxide comes in the midst of a chemical overhaul. Over the next five years, up to 12,000 chemicals in food packaging, cleaning products, cosmetics, baby products, pesticides and more will be banned. The blockade promises to outlaw chemicals linked to cancers and endocrine disorders in an effort dubbed the “great detox.”

As the EU continues its run on chemical regulation, some hope the FDA will be pushed to do the same. “If the concern is that these regulations harm the market, look to Europe,” Santos said. “It has banned or regulated thousands of chemicals on the market and we are still among the most competitive in the world.”

Santos also noted that research has shown that strong legislation can actually stimulate innovation, “pushing companies to innovate when chemicals can be banned.” He said, “Why not design safe chemicals in the first place, so they don’t have to potentially be banned in the future?”

The average European eats less than 1 tablespoon of peanut butter per year. Because apparently they are crazy. On the same subject : The US is urging countries to reach out if they have problems with Russian food, exporting fertilizer. PB is extremely hard to find in Europe, and when you finally do, the store will likely have neither your favorite brand nor crunchy, smooth options. Heartbreaking.

Why do some countries lack peanut butter? The short answer is the taste of the market. In other countries, some people see Americans ‘love of peanut butter as an Achilles’ heel for the American people, a greedy indulgence that will ultimately lead to their death as they caw under the strain of an exceptional tongue for licking their mushy cheeks.

Here are 11 countries that seem to disbelieve in the greatness of creamed peanuts: This may interest you : Singapore imports more than 90% of its food. Here’s how it handles rising food inflation.

Does peanut butter exist in Europe?

Of course, it’s not impossible to find the spread in grocery stores, particularly in Great Britain, Germany and the Netherlands (where it’s known, affectionately as “peanut cheese”). Even so, the market is small. In 2012, the average Europeans ate less than one tablespoon of American peanut butter per year. 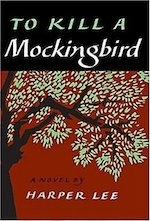 See the article :
7 banned books and where and why you should buy them
Led by conservative politicians and parents, a new wave of banned books…

Are M&M’s banned in Europe?

Sweden banned the sale of M & Ms in 2016 because a court ruled that the packaging and marketing of the famous candy was too similar to that of another chocolate treat: Marabou’s M.

Why are M and Ms banned in Europe? In 1976, M&M candies discontinued their “red M” amid concerns over the potentially fatal risk of red food coloring that contained amaranth (in FD&C Red # 2), suspected of causing cancer.

Are M&M’s different in Europe?

What gives M&M their bright colors? It depends on the country you are in. Mars Inc. primarily uses artificial food dyes for candy in the United States, but M & M’s source their candy dyes from natural sources in Europe.

The FDA concluded that the food coloring could not be assumed to be safe for human consumption and banned it in 1976. Red M&M disappeared shortly after the FDA ruled, suggesting that they were one of the culprits of red. n. 2. But consumers have never faced any risks from red M&M.

Are M&M’s banned in Europe?

Sweden banned the sale of M&M in 2016 because a court ruled that the packaging and marketing of the famous candy was too similar to that of another chocolate treat: Marabou’s M.

See the article :
High-Tech Convenience Stores Boost amid High Labor Costs and Contactless Services
A person scans a credit card on a card reader before entering…

What are food additives UK?

A “food additive” is defined in Regulation (EC) No. 1333/2008 meaning “any substance not normally consumed as a food in itself and not normally used as a characteristic ingredient of foods, regardless of whether or not it has nutritional value, the addition of which to foods for a technological purpose in production, .. .

What are food additives? Food additives are substances added to food to maintain or improve its safety, freshness, taste, texture or appearance. Food additives must be checked for potential adverse effects on human health before they can be used.

What are 5 food additives?

What is the EU standard denoting food additive?

E numbers (“E” stands for “Europe”) are codes for substances used as food additives, including those found naturally in many foods such as vitamin C, for use within the European Union (EU) and the European Free Trade Association (EFTA).

How is the safety of food additives evaluated in Europe?

The Commission then sends the dossier to EFSA and asks it to assess the safety of the substance for its intended uses. The European Commission decides whether to authorize the substance based on EFSA’s safety assessment. Authorization of proposed new uses of existing food additives follows the same procedure.

E110 is a highly water soluble yellow coal tar synthetic food color. It is a synthetic azo dye and is generally used in fermented foods that require heat treatment.